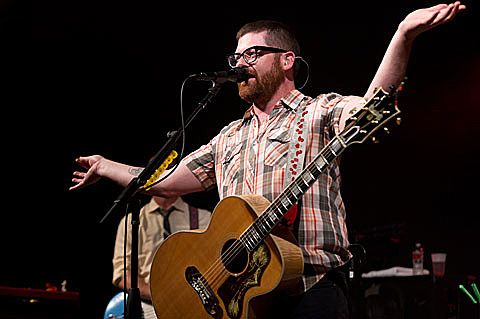 As discussed, The Decemberists are releasing their new album What A Terrible World, What A Beautiful World on January 20 via Capitol, and now they've announced a tour in support of it. The tour brings them to NYC on April 6 at Beacon Theatre. Tickets for all dates go on sale Friday (11/21) at 11 AM local time with a fan presale beginning Wednesday (11/19) at 10 AM local time. There's also AmEx and Chase presales for the NYC show starting Thursday (11/20) at noon.

The album's lead single "Make You Better" will also be out on Record Store Day Black Friday. Stream that, with the list of tour dates, below...