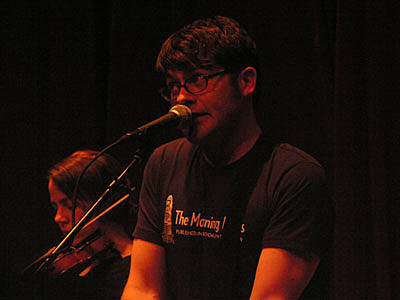 I've seen the Decemberists so many times in so many different venues. I was lucky enough to see their first NYC appearance ever at Knitting Factory in May 2003. I followed them to Mercury Lounge, Luxx (now Trash), Bowery Ballroom, and Webster Hall. I had tickets to see them at Maxwells, but never used them (family emergency). I saw them in the NYC KEXP studios, and I saw them while I was in Atlanta, Georgia (at the Echo Lounge). I saw Colin play some solo shows at Fez. Last week (April 28th, 2005) I saw them at NYU's Kimmel Center.

Unfortunately, I don't think I'm making it to the sold out Irving Plaza show this Thursday, though I plan on checking them out at Warsaw in Brooklyn in May.

This is the first of at least two photosets from the NYI show. I'll call this one "The many faces of Colin Meloy." 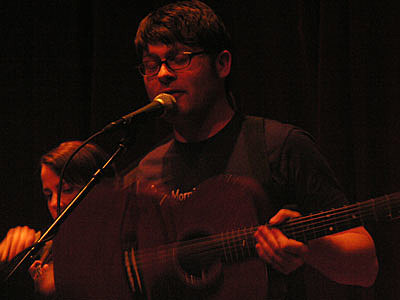 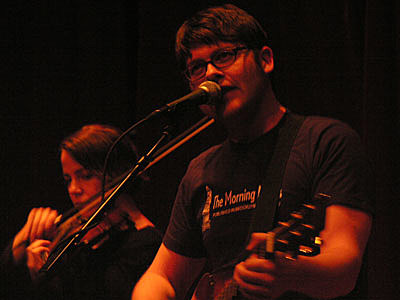 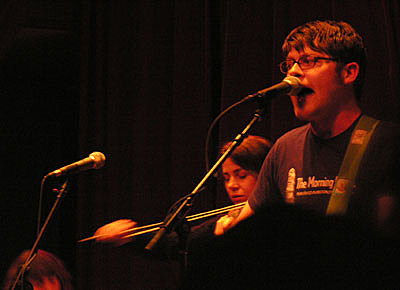 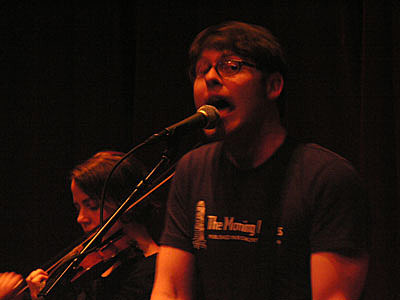 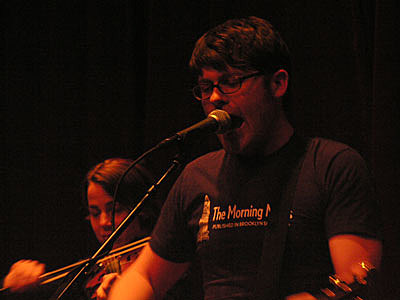 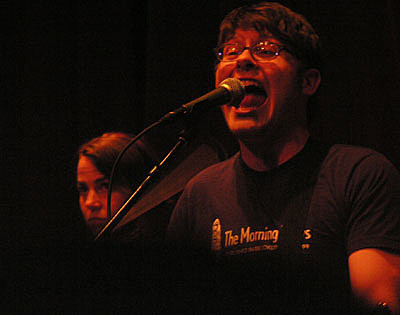 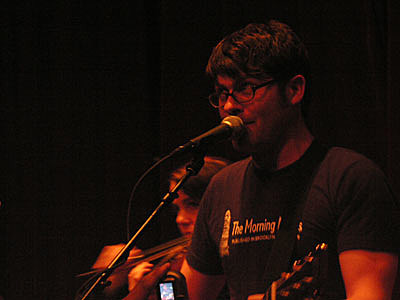 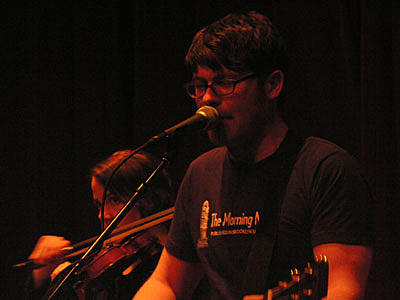 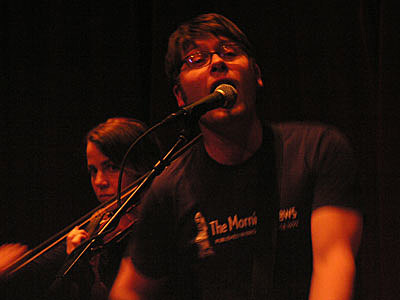 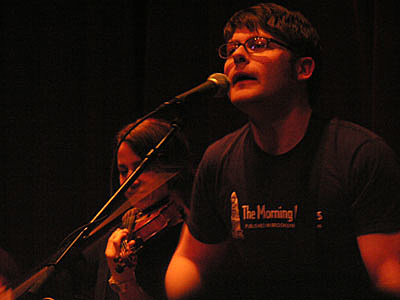 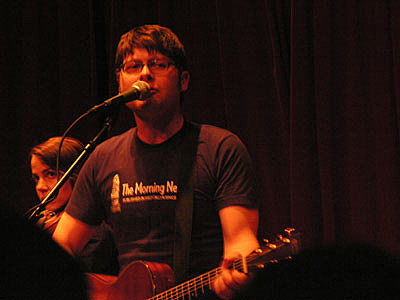 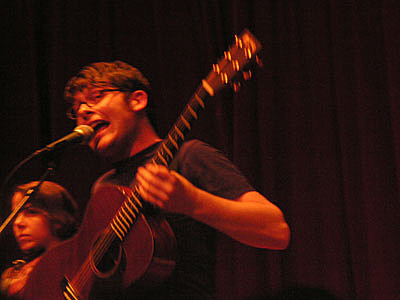 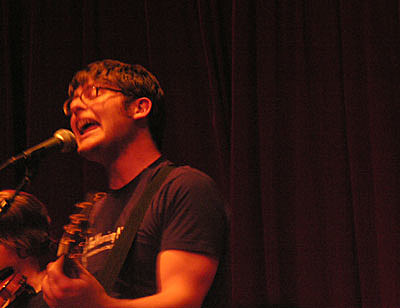 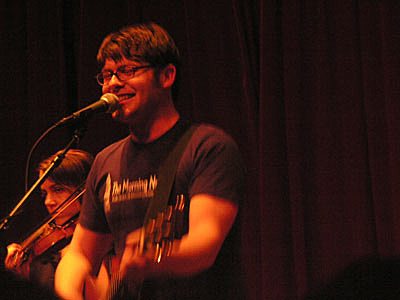 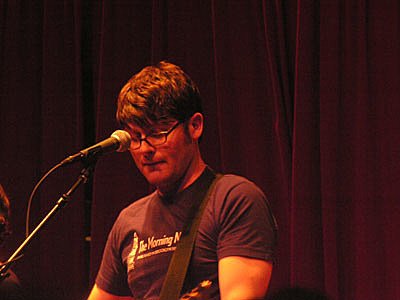 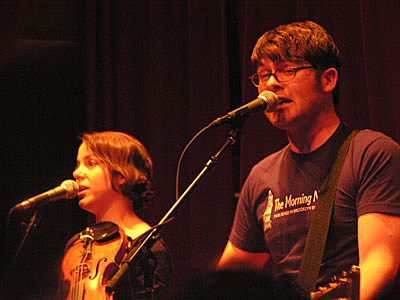 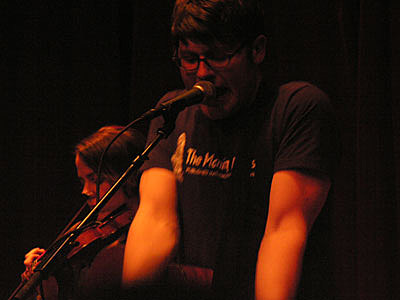