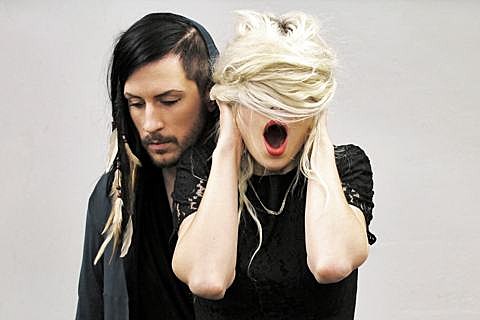 Sweden's The Deer Tracks are set to release their new album, The Archer Trilogy Pt. 3, on February 12 via The Control Group. You can stream "Lazarus" from the album below which is in the Niki & the Dove / Knife school of Scandinavian dancepop. As the title implies, the album is the third -- and final -- part of the band's "Archer" trilogy.

The group will be coming over for SXSW and will hit NYC beforehand, playing Pianos on March 2 and Glasslands on March 4. No advance tickets for either show just yet. Those dates are part of a full tour which will be announced soon.