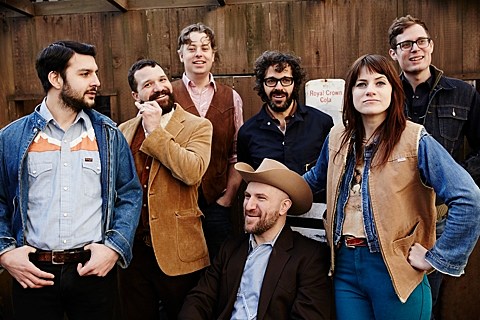 Brooklyn's The Defibulators released their debut album, Corn Money, back in 2009, and have played a ton of local shows since its release, and they're now set to release that album's followup, Debt'll Get'em, on August 27. The first single the band released from the new album, "Cackalacky!," is rollicking bluegrass with a bit of a folk punk edge, but the second, "Let Me See That Ponytail Run," is total sad country. Two very different sides of their sound, and they do them both really well. Check out those songs below.

The Defibulators have a bunch of upcoming shows this summer, including two hometown gisg this month on July 23 at Union Pool with Villalobos Brothers ($10 at the door) and July 25 for a cookout presented by Tasting Table at Elizabeth Street Garden (209 Elizabeth St). Tickets for the cookout are on sale now. Then, on the day of the album's release (8/27), the band will play a TBA Brooklyn show. Stay tuned for more info on that one.

The Defibulators - "Let Me See That Ponytail Run"