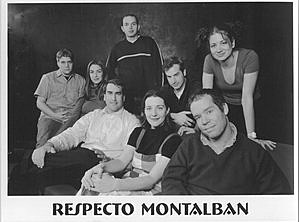 The 10th Annual Del Close Marathon is just a few weeks away, and like last year, the schedule is a tad overwhelming. Featuring over 150 shows from improv groups from all over North America, this milestone anniversary edition of the Marathon takes place non-stop from Friday afternoon August 8 to after midnight on Sunday August 10.

Del Close was the driving force behind improvisational comedy in Chicago for over 30 years influencing Bill Murray, Tina Fey, Mike Myers, John Belushi, Chris Farley and the Upright Citizens Brigade to name a few. After Del's passing in 1999, the UCB started the Del Close Marathon to celebrate their mentor and keep alive his name and teachings for future generations.

Shows will be taking place at the UCB Theater, Hudson Guild Theater, Urban Stages, FIT Kate Murphy Ampitheatre, and the FIT Haft Auditorium. The Marathon website has each theater's schedule individually mapped out, so creating your own itinerary should be a breeze.

Weekend passes are a measly $25 and are only sold at the door. Shows taking place at the FIT Kate Murphy Ampitheatre, however, are $10 each and can be purchased directly from the UCB Theater website. The FIT shows feature appearances by Horatio Sanz, Paul Scheer, Rob Huebel, Rob Riggle people from The Daily Show and The Colbert Report, Amy Poehler and many many many other popular comedians. Buy tickets for those soon, as I expect them to sell out rather quickly.