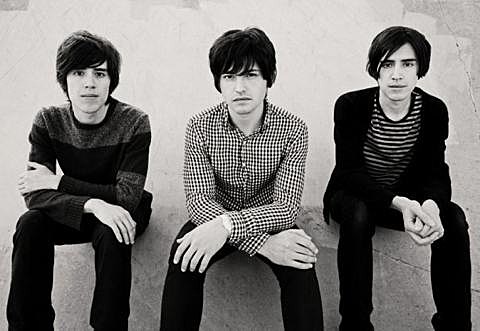 While Kurt Feldman, who plays drums in The Pains of Being Pure at Heart, is doing just fine with his current synth outfit Ice Choir (maybe you saw them at Northside), he's revisting his recent musical past for one night this summer. His old 8-bit-meets-shoegaze band, The Depreciation Guild, are getting back together to play their 2007 album, In Her Gentle Jaws, in its entirety at Glasslands on August 3. Opening are Infinity Shred (formerly Starscream) and tickets are on sale now.

Speaking of Glasslands, after remodeling their bathrooms, and replacing their clouds installation with with a new tube-based lighting design, the venue just upgraded their sound system:

so we're very excited to announce that yesterday we officially replaced our sound system with a brand new one, a massive and much needed upgrade that has been about a year of research and planning (and saving) in the making!

power, clarity, and versatility were most important to us when choosing glasslands' next system: our new speciality subwoofers and tops, built by Danley Sound Labs, Inc., will give the room a thicker and cleaner sound for both live shows and dance nights. after some tuning and testing, we've got the highs shimmering and the bass punishing.

it's bittersweet to see the old one go. it was a Frankenstein of gear from various systems donated by various people over many years, and basically represents the generosity of a community without which glasslands would never have been.

while i'm sure our engineers will miss the late night thrill of riding that system in the red and hanging on for dear life, we're excited to hear what all you guys sound like on a sick. new. rig.

You might want to check out that new system on Monday (6/24) when Denmark's When Saints Go Machine make their U.S. debut. Tickets are still available.

Flyer for the Depreciation Guild show and a stream of In Her Gentle Jaws' title track below...

The Depreciation Guild - In Her Gentle Jaws 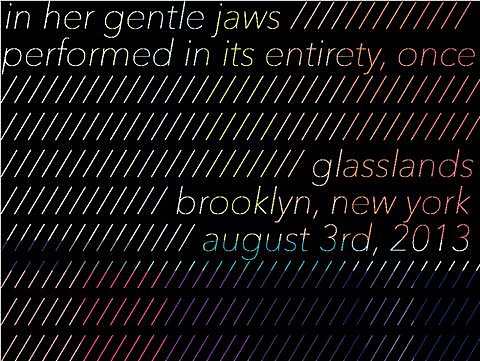