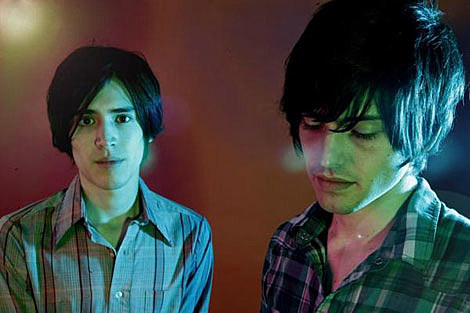 For fans of Shoegaze/Dreampop/etc, the Bell House is where you want to be tonight (1/8) for a free show with locals The Depreciation Guild, Dead Leaf Echo, and Luxa. I'm quite fond of The Depreciation Guild's most recent album, In Her Gentle Jaws, which you can download for free from the band's website. Mixing heavy and heavily-treated guitars with beats built on a Nintendo Famicom, they actually kind of remind me of me of Mew's dreamier moments. The Depreciation Guild are also going on tour with The Pains of Being Pure at Heart next month so the rest of the country will get a chance to check them out too.

As for the other two bands on the bill, I'm not familiar other than checking out their respective MySpace pages, but Dead Leaf Echo have dreampop cred: their forthcoming album was produced by John Fryer (Cocteau Twins, Pale Saints), and they've had remixes done by Ulrich Schnauss. Luxa are a little more on the bliss-out side of things. No idea what any of these bands are like live, but you can't argue with the price. Also free: Brooklyn Lager from 8-9. 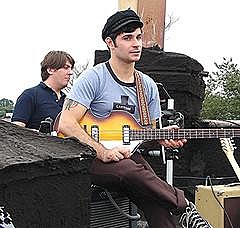 Keeping things Brooklyn local, My Teenage Stride play Union Hall Friday night (1/9). The band have entirely revamped their line-up in the last six months but when I saw them at Glasslands late last year they were good as ever. If you like Lloyd Cole, the Chills, The Wedding Present and other jangly '80s indie signifiers, you should definitely seek them out, if you haven't already. My Teenage Stride also play next Thursday (1/15) at Vanishing Point Studio in Bushwick. 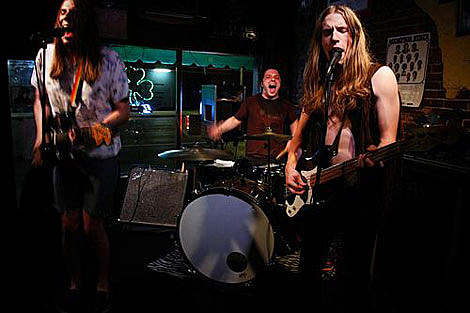 It's already been mentioned that Michigan band Tyvek are playing three shows this weekend, one of which is at Market Hotel with Crystal Stilts. Also on that bill are Omaha trio Box Elders, who are not named after the classic Pavement song, or the tree, but the bugs that infested the house where two-thirds of the band (Jeremiah and Clayton McIntyre) grew up. (They claim they still have a snare with about 100 dead box elder bugs in it...eww.) So far the band only have one single, the excelent "Hole in My Head" which sounds a lot like New Zealand's The Clean to these ears. (Bonus points: the b-side is a cover of Redd Kross' "S&M Party.") The Box Elders are currently on a fairly extensive US tour but The Market Hotel show is their only NYC-area show so do check them out. 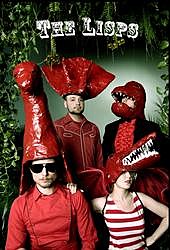 And finally, this weekend marks the premiere of FUTURITY -- a musical written by local retro-futurists The Lisps. As the Lisps' shows tend to be theatrical anyway, mixing elements of vaudville and Americana and other genres, it's no real suprise they had a musical in them. Here's the blurb:

FUTURITY tells the story of Julian Munro, a lowly foot soldier in the American Civil War with an overactive imagination and a dream to be a famous writer. Through the double narrative of Julian's wartime experience ripping up Confederate railroads in southwestern Virginia, and the grimly futuristic novel he writes along the way, the musical weaves an ominous and bizarre tale of destruction, creation, and utopianism. The protagonist of Julian's novel, The Inventor, devises an omnipotent steam-powered artificial intelligence that he sees as a panacea for all of humanity's woes. The story is largely narrated by Ada Lovelace, the famous mathematician and Julian's imaginary muse. The music in FUTURITY draws inspiration from every corner of traditional Americana and contemporary indie-rock to paint a quintessentially American scene of war, antiquity, technological hubris, and outmoded conceptions of futurity.

Sounds kinda epic. FUTURITY is being performed both Friday and Saturday night at The Zipper Factory and you can get tickets here.

Videos, tourdates and other stuff for some the above groups after the jump... 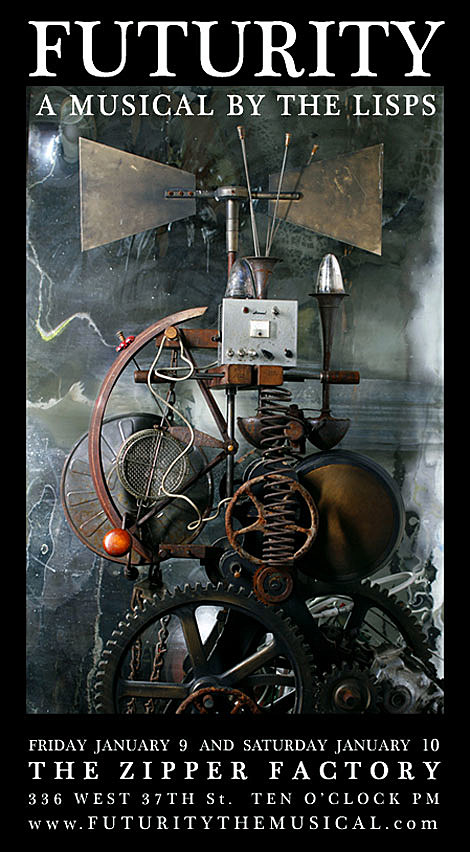 My Teenage Stride - To Live and Die in the Airport Lounge

Box Elders - "Hole in My Head"