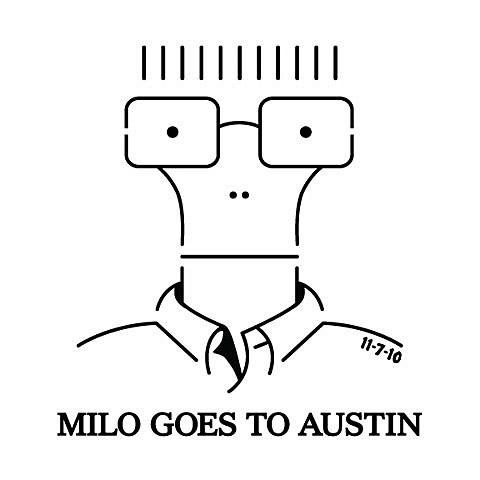 Devo, Crocodiles, and Dum Dum Girls have all cancelled their appearances at Fun Fun Fun Fest in the past few days. Sucks, yes. But the evil geniuses at the Austin, Texas Festival (November 5-7, 2010) have already drummed up some replacements. New bands include Cults, and Margot and the Nuclear So and Sos (who were originally on the fest, but had to drop off a few weeks ago and were replaced by The Antlers, and now are back but on a different day). Washed Out also recently replaced Cold Cave, and the Nortec Collective was a recent addition too. Oh, and to replace Devo: new headliner Descendents!

"I really can't believe it. The Descendents were one of those bands on my dream list that I thought I would never get to book" Says Graham Williams, FFF Founder. "A week ago, we had no idea what we were going to do, and now we couldn't be more happy".

The show is The Descendents' lone US scheduled appearance, and only appearance before the re-reunited band heads down under in December for some dates in Australia. Get your Fun Fun Fun Fest tickets at their site.

Speaking of Cults, they recently played a gang of shows during CMJ, and their only other show at the moment is with The Morning Benders and Twin Sister at Webster Hall in NYC on 11/18 instead of Oberhofer (tickets).

I'm preparing to head down to Fun Fun Fun Fest in Austin next weekend as well, and along with all of the incredible heavy music that's already going on at the festival (Mastodon, Floor, Snapcase, High on Fire, Kylesa, Municipal Waste, Suicidal Tendencies, Hatred Surge, Ringworm... the list is endless) we'll be hosting an event of our own. On Sunday, November 7th BrooklynVegan will host a killer after-party at Red 7 (doors at 9) with incredible secret guests, along with Landmine Marathon, Mammoth Grinder, and Ratking (mems MOoB, Gorilla Biscuits). The show will be FREE to Fun Fun Fun Fest wristband holders and a measly $5 at the door for those of you without.

Not into metal or need something to do on the other nights of that weekend in Austin? Not to worry. Like the lineup of the festival itself, the selection of bands playing other afterparties on each night of the fest is diverse. There are plenty of options including a November 5th Gorilla Vs Bear shindig (also with secret guest), and many more.

BrooklynVegan show flyer, some video of those bands in action, info on the fest's 2010 Circus Stage, and more, below... 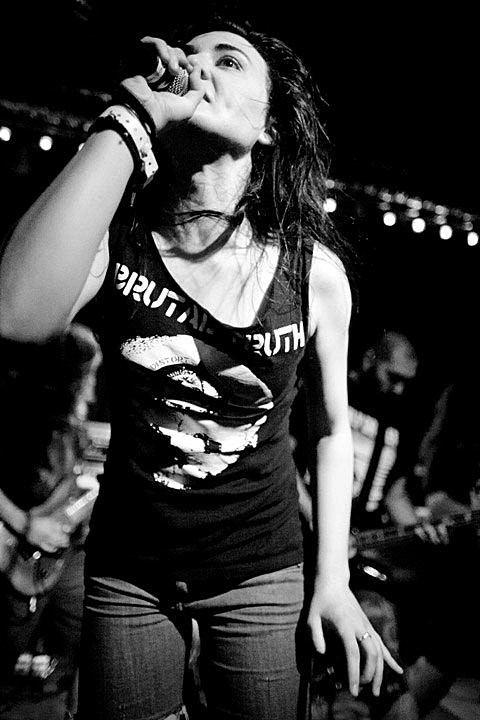 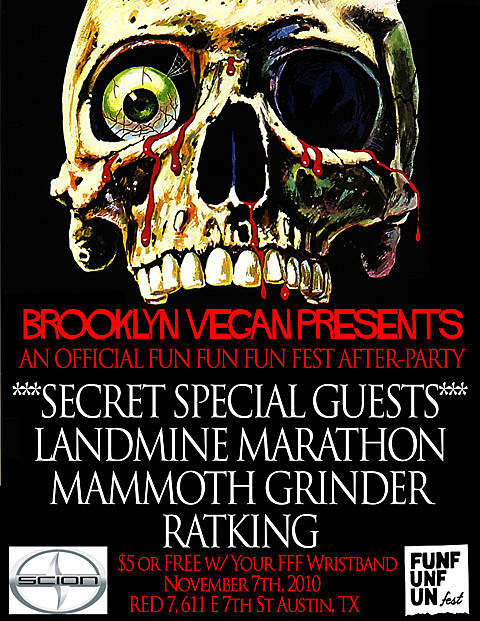 Landmine Marathon - Rise With The Tide

Fun Fun Fun Fest is proud to present the full spectacle and circus of excitement and entertainment that is the Fun Fun Circus area at this year's fest in Austin, TX on November 5 - 7, 2010. Events throughout the weekend will include comedy, wrestling, live stunts, air sex competitions, a veggie hotdog eating contest, the Alamo Drafthouse Master Pancake Video Jukebox, and more.