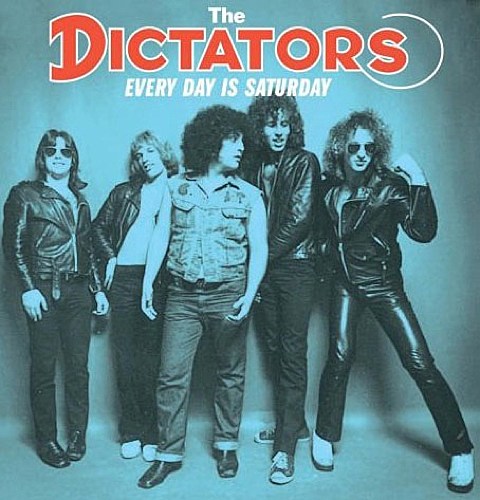 Patti Smith isn't the only NYC punk legend celebrating the new year in her hometown this year. The Dictators, whose 1975 album Go Girl Crazy! was highly influential on the early punk scene and included a cover of "California Sun" two years before the Ramones released one, will hit the small Bowery Electric on New Year's Eve with support from two younger garage punk bands, Dirty Fences and Hector's Pets. There will be a champagne toast at midnight, and tickets are on sale now. Their current lineup includes lead singer Handsome Dick Manitoba with other longtime members Ross The Boss and JP "Thunderbolt" Patterson, plus Daniel Rey and Dean Rispler.

Before that, The Dictators will be in Austin for one of the FFF Nites shows which are all free with your Fun Fun Fun Fest wristband. Stay tuned for more info on the exact show they'll play. After NYE, The Dictators will go on their first west coast year in over ten years.

It's been a busy day for '70s NYC punk, with Blondie and Johnny Thunders news too.

All Dictators dates are listed, with a couple classic song streams, below...

The Dictators - "(I Live For) Cars and Girls"