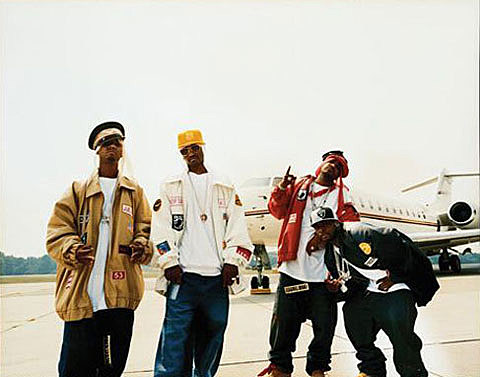 After rocking a star-studded show to a packed post-Thanksgiving house at Hammerstein, The Diplomats are back at it and will play Best Buy Theater on March 26, two days after they play the Trocadero in Philly. Tickets for the NYC show are currently on AmEx presale and go on regular sale at noon Friday (2/11). The Dipset is currently working on Diplomatic Immunity 3 which, according to the Boston Herald, is tentatively due on July 4th this year.

Meanwhile, the individual Diplomats have kept busy. Jim Jones will release CAPO on April 5th via E1 which will feature appearances from Raekwon (who plays MHoW soon), Snoop Dogg, Cam'ron, Juelz Santana, and others. Check out the director's cut of the first video from the LP, "Blow Your Smoke", available below.

Other recent news about Juelz Santana hasn't been quite as jovial:

[Juelz Santana] was hauled into jail Wednesday for weapons and drug charges following a raid on his New Jersey studio, Santana's World...

"It's about money. They don't care about the criminals, they want that money. They said, 'We gon' get him, he can get high bail.' Whether the charges stick or not, they gon' get their money," said Juelz, who was released on Thursday after posting $125,000 bail.

According to Ticketmaster, the NYC show is billed as "The Diplomats Reunion Tour," so stay tuned for more dates. That Jim Jones video and some others are below.

The Diplomats - I Really Mean It