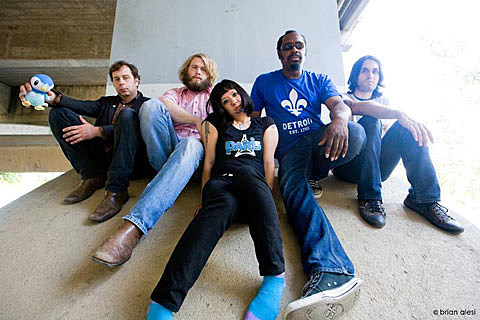 "Nearly ten years after their acclaimed Ultraglide in Black helped kick-start a renewed interest in all things Detroit and rock-and-roll, The Dirtbombs are releasing the de facto companion piece, Party Store.

Ultraglide was a covers collection of 60's and 70's soul gems centred on the ideas of African-American identity and politics of the era (see Curtis Mayfield's "Kung Fu" and Stevie Wonder's "Living for the City"). All of the songs made an impression on a young, pre-musical Mick Collins as he listened to them on 45's in the family basement.

Party Store is an assortment of live band interpretations of classic Detroit techno music of the 80's and early 90's. These are songs Collins digested when they were originally released - at a time where he was already making waves with garage-punk legends The Gories. Songs that run the gamut of subject matter from materialistic future-disco braggadocio "Sharevari" (originally by A Number of Names) to cold, post-industrial isolation of "Alleys of Your Mind" originally by Cybotron) through the instrumental optimism of a worldwide house classic, "Strings of Life" (originally by Derrick May)... ALL these themes encapsulate the climate of Detroit both now and at the time of their initial release. Let it be said clearly...this is a record that addresses, at the same time, both the past and the future of Detroit." [Press Release]

You'll have to wait until February 1st to get your hands on Party Store via In the Red, but you can party with Mick Collins in Brooklyn tonight, New Years Eve, at Lady Jay's.

Download "Sharevari" off "Party Store" above. Watch the video for the same song, with more info on the full album with cover art, below... 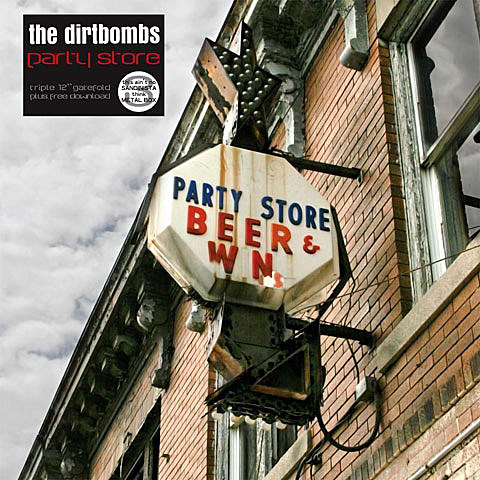