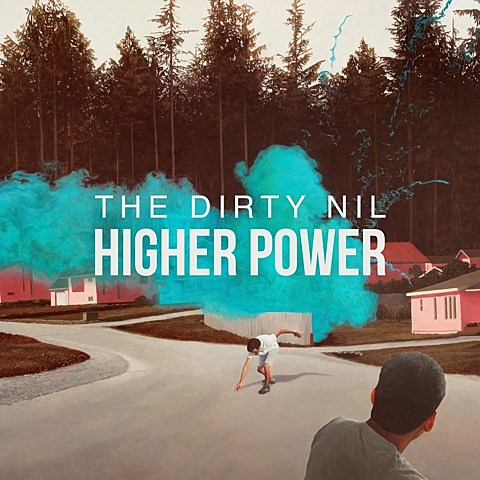 Canada's The Dirty Nil revealed over the summer that they signed to Dine Alone for their new album, and now info on that album is here. It's called Higher Power, and it'll be out on their new label home on February 26. It was produced by Shehzaad Jiwani who sings for their pals Greys and Adam Bentley (who's also worked with Greys), and mixed by Sleater-Kinney's go-to guy John Goodmanson.

They recently put out the lead single "No Weaknesses" and we've now got the premiere of another track from the album, "Zombie Eyed." It's a punk-rooted alt-rock song that sounds straight out of the '90s, which is something we've heard a lot of lately, but The Dirty Nil sound destined to cut through all the noise. It's got thick, clear production and singer Luke Bentham spends most of the song at the top of his lungs. They've got all the ambitions of an arena band but their punk intensity is intact, which is the same approach that got songs like this on the radio 20 years ago. Listen below.