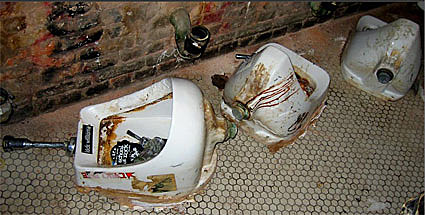 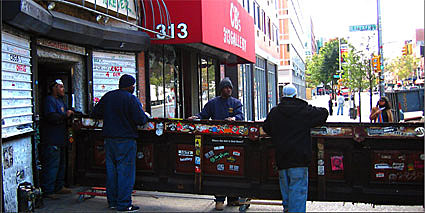 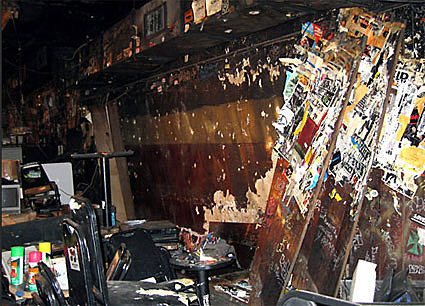 "To help him with the five-day process of packing up the club, Kristal has hired Aurora Productions, a New York theatrical production management company that specializes in the construction and disassembly of Broadway stage sets. They're breaking everything down, and once Hilly has secured a destination, they'll rebuild it as best they can. Days before the dismantling commenced, every square inch of CBGB's interior was photographed to help with the impending re-creation; each piece of the club that's removed is labeled, so the team that does the rebuild knows what goes where. The process is something between a crime-scene investigation and an archeological dig." [MTV]