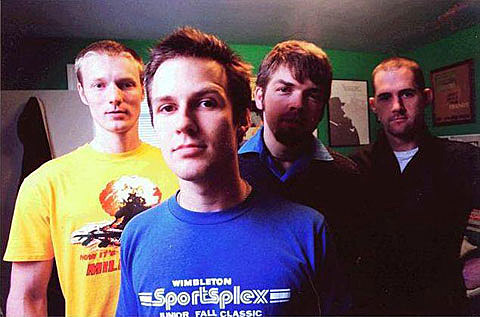 "The Dismemberment Plan are pleased to announce that their underground classic Emergency & I will be released on vinyl for the first time on January 11, 2011 by Seattle indie label Barsuk Records. In the eleven years since its release, Emergency & I has been widely regarded as the definitive artistic statement from the beloved Washington D.C. quartet and has found its way onto many best-of lists, including the #16 spot of Pitchfork's Top 100 Albums of the 90's.

In celebration of this reissue, the band, who performed their last concerts as an active band in 2003 (followed by two benefit shows in D.C. in 2007 that sold out in 4 minutes) will play five shows on the east coast in January of 2011.

The DC post-punk band will play their first reunion show at the Black Cat on January 21st and end it eight days later at Webster Hall in NYC. Tickets for the 1/29 show go on sale Friday at noon. All dates, a note from the band, and the reissue tracklist, below...

It's been awhile, no? We've been working on something for about two years now, and I'm not sure how we kept this under our hats for so long, but we did.

We're reissuing Emergency & I on vinyl, and it's coming out January 11th on Barsuk Records. The music was re-mastered from the original 1/2-inch tapes, keeping it analog every step of the way, and it's going to be on 180-gram double-vinyl, four songs per side, with the fourth side being bonus tracks from hard-to-find releases. Being double vinyl, the packaging is a lovely gatefold -- with the art in the right order -- and will include an oral history of making the record, pictures from that era and of course the lyrics. Am I missing anything?

Right, shows. When getting together to sort out the re-issue, we got in the basement a few times to make noise, run through some songs, shake out some cobwebs. It felt good. So to celebrate the release of the reissue, we're going to play a handful of shows. Unfortunately with everyone's schedule being crazy, we only have time for a few on the East Coast. See the shows section below for more details, but we're going to play in DC (twice), Philadelphia, Boston and New York just after the release.

And since things have changed a bit since 2003, we now have Facebook and Myspace pages, and a Twitter feed.

Tickets go on sale later this week, check the venue sites for details. We're very excited for everyone to hear the re-masters - they sound so good!

See you at the shows, 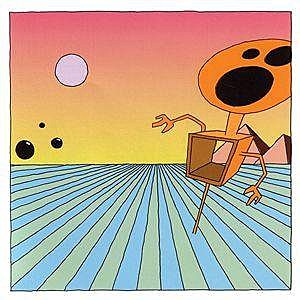