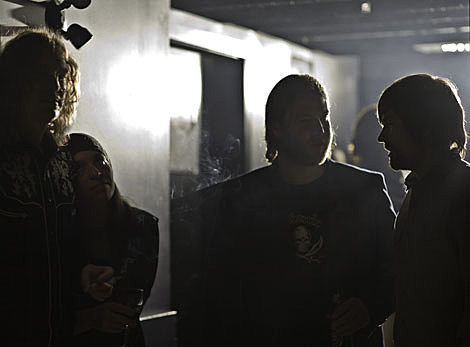 North of the border, Pop Montreal 2009 is going on as we speak, yet one of the Canadian city's best bands, The Besnard Lakes, are here in NYC playing a show on Saturday (10/3) at Mercury Lounge. I think they must feel an affinity for New York -- Brooklyn too, as their excellent 2007 album Are The Dark Horse (one of my faves from that year) has a song called "On Bedford and Grand," a tongue-in-cheek ode to Williamsburg. As good as that album is, Besnard Lakes are even better live, though it probably depends on their ever-fluctuating line-up. In addition to scoring actor Mark Ruffalo's directorial debut, the band are working on Dark Horse's follow-up, so it will be good to hear some new material. The show also features Philadelphia duo The Cinnamon Band (2/3s of defunct Jagjaguwar band The Union of a Man and a Woman) and Acrylics who I think are one of the city's best new bands.

We've got a pair of tickets to give away for this 21+ show. If you're interested, send an email with your first and last name to BVCONTESTS@HOTMAIL.COM with the subject line "Besnard Lakes" and we'll pick a winner at random.

Saturday is a busy night. The Pains of Being Pure at Heart (9pm), who just released a great new EP called Higher Than the Stars, headline Webster Hall (tickets), the penultimate date on their current tour with Cymbals Eat Guitars (7pm) and The Depreciation Guild (8pm). You can download a brand new remix of Higher Than the Stars title track, which strips off the original's sparkly sheen and gives it a rougher, darker coat of paint. The Webster Hall show has an early start with 6pm doors, which will have you out of there by 10pm, in time for a second show of the night if so desired. The band play Philadelphia on Sunday (10/4), then are taking six weeks off before Europe in mid-November. They are also conspicuously absent from either of the upcoming Slumberland Records Anniversary shows. 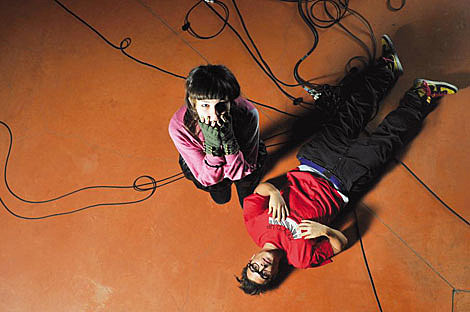 Also also Saturday (that's 10/3 if you forgot), Finland's The Dø wrap up their first-ever American tour with a NYC stop at Hiro Ballroom (tickets). One night earlier (tonight), they play a show at Pop Montreal. Their 2008 album A Mouthful is a schizophrenic mix of indie rock, dreamy folk, tribal rhythms, and even (less successful) forays into hip hop. One woulda thought the band would have been here a year ago, as A Mouthful's hype hit its pinnacle about a year and a half ago, though it still hasn't gotten a proper U.S. release. (You can get it via iTunes or Emusic, though.) The Dø's show in L.A. as part of the Oohlala Festival didn't go so well, apparently, but their show at Chicago's Empty Bottle was a hit according to Popmatters critic (and ace photographer) Kirstie Shanley:

Creating a live performance full of win, French-Finnish duo The Dø could have easily entertained an audience of thousands. Olivia Merilahti was electricity personified. Flipping her long lustrous hair, coming up to the tip on the stage and leaning into the audience were two of her frequent rock moves. Dan Levy chose to engage the audience with his sudden floor kneeling. But despite the sense of developed chemistry between he and Merilahti, it was she who truly stole the show. [Popmatters] 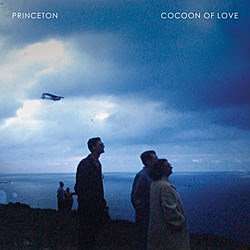 You've got another chance to catch L.A. band Princeton, who play with Chicago's Maps & Atlases at the new Knitting Factory in Williamsburg on Sunday. Both bands are just now wrapping up a tour supporting Ra Ra Riot. Their debut, Cocoon of Love, is out now and is pretty hard not to like, full of well-dressed scholarly pop not unlike Belle & Sebastian or the Magnetic Fields (or, loathe as I am to admit it, Vampire Weekend, minus the Afrobeat influences). Princeton were to be one the unavoidable bands at this year's CMJ Festival but canceled after being offered an opening slot on Art Brut's upcoming U.S. tour, so this may be the last chance to see them for a while (well, unless you choose the Art Brut show at Maxwell's which is one of the shows they're opening).

And finally, UK legend Frank Sidebottom is visiting NYC again, here ostensibly for the Coney Island Film Festival where he'll debut his film Frank Sidebottom Saves Coney Island. I caught Frank (and his sidekick Little Frank) back in March where he played to confused locals at the 169 Bar, where he first got heckled but eventually won the crowd over with his bizarre, hilarious covers of The Fall, The Smiths, Queen and The Beatles, which includes multiple costume changes. He's playing a bunch of shows throughout the weekend, including two on Sunday (10/4) at Cake Shop and Otto's Shrunken Head. If you're even slightly curious (there are videos below) I recommend you go see him -- there's really nobody else like him. 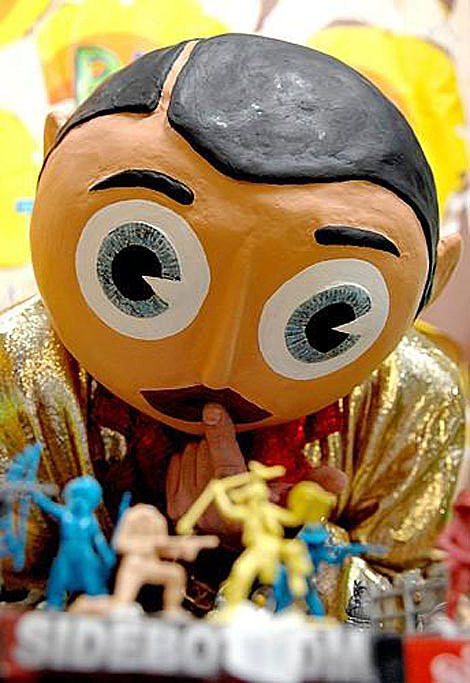