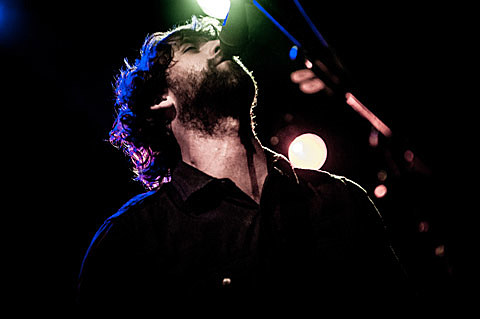 Hot Water Music have been reunited since 2008, which so far has resulted in some still-killer shows and a new album, 2012's Exister. Their only currently scheduled North American date is a previously discussed show in Asbury Park, NJ at the Stone Pony Summer Stage on June 22 with Social Distortion, Cheap Time, and Loved Ones frontman Dave Hause. Tickets for that show are still available. It's one day before the rest of that lineup plays Warsaw in Brooklyn (tickets).

Meanwhile, while HWM were on hiatus, Chuck Ragan focused on his solo career and the rest of the band formed The Draft, whose existence resulted in 2006's In A Million Pieces LP, and a self titled digital EP and single in 2007. That band is taking their show back on the road this summer for a quick run in July which hits NYC on July 19 at Saint Vitus. Tickets for that show are not on sale yet but you can check Ticketfly for updates.

In A Million Pieces is on Spotify and if you're not familiar with it, it should appeal to anyone who liked the Chris Wollard-sung songs in Hot Water Music. You can also stream three of its tracks, along with a list of all dates (including Gainesville's The Fest 12 in October), below.