photo: The-Dream at Webster Hall in 2015 (more by Mimi Hong) 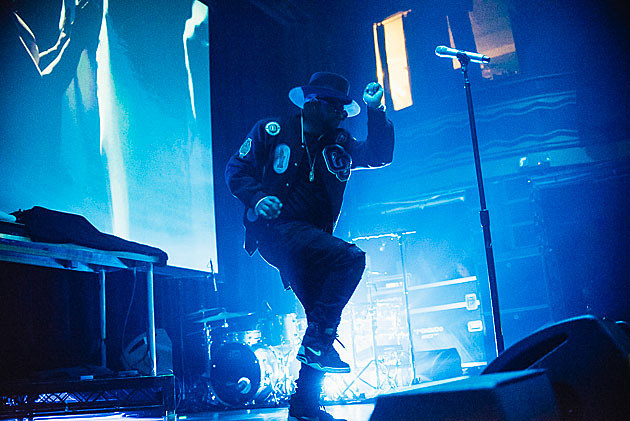 R&B singer The-Dream posted a 15-second teaser video that has a clip of instrumental music and simply says "Genesis, January 8, The-Dream x Tidal." A new song? Album? Whatever it means, we'll find out tomorrow. Meanwhile, he did also begin announcing dates for a tour also called "Genesis," including NYC on February 14 at Bowery Ballroom. Tickets for that show go on sale Friday (1/8) at 10 AM. All known dates are listed, with the new teaser, below.

UPDATE: Genesis is a new album that he surprise-released for Tidal users only.

The-Dream also recently released a digital EP of Sam Cooke covers called IAMSAM. It was recorded during the making of Beyonce's 4, which makes sense, given that album's strong traditional-R&B influence. If you haven't heard the EP yet, listen below.