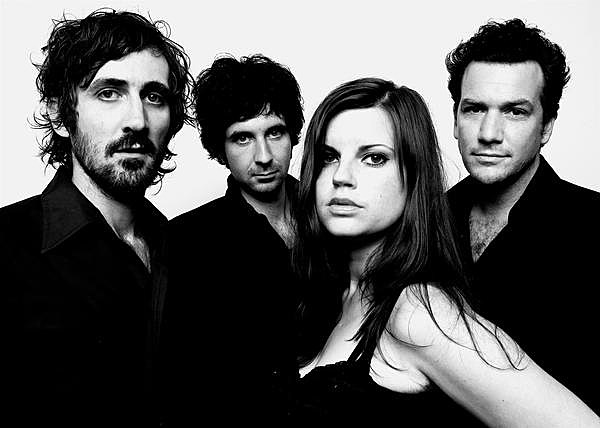 The Drones are visiting the United States from Australia to play some shows. That includes a spot at ATP NY and a Septemer tour with Built to Spill and the Meat Puppets who are both also playing ATP. That does NOT include the two shows Meat Puppets and BTS are playing at Terminal 5 though. Dinosaur Jr. is the third band on those bills, but that doesn't mean the Drones won't hit NYC. They will, twice. Tickets are on sale for a September 11th show at Union Hall and for one two days later at Pianos.

"Havilah is The Drones highly anticipated 4th studio LP, it will be released through ATP Recordings and MGM Distribution on September 20th, 2008." More info on the album and all tour dates below... 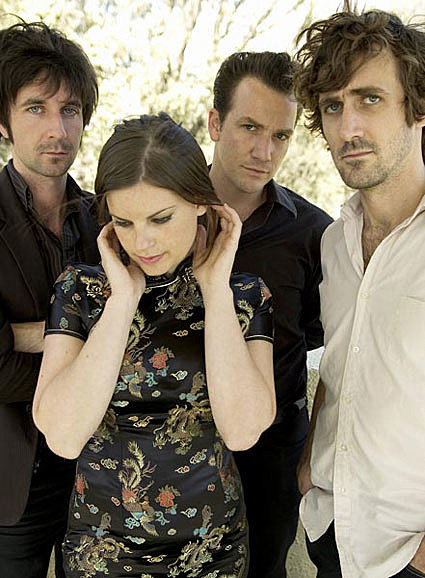 The new world of The Drones is an exotic place, one populated by dark corners, rarely explored avenues, sparse canvases and dense, exhilarating peaks. In February, front man Gareth Liddiard began writing new songs for the album, in a mud brick cottage in deep within the splendid isolation of Mt Buffalo, in country Victoria. Two months later guitarist Dan Luscombe, The Drones' most recent addition, and drummer Michael Noga joined Liddiard and Kitschin to rehearse the new material. Producer and engineer Burke Reid (The Mess Hall, Gerling) lugged his recording gear through the door and off they went _ two weeks flat out _ until it was done. Havilah is The Drones highly anticipated 4th studio LP, it will be released through ATP Recordings and MGM Distribution on September 20th, 2008.

Havilah, like everything The Drones have done, is an album of contradictions, where bombast meets beauty, melancholy wrestles with violent guitars and singer Liddiard's incendiary voice lights up his angular poetry, this time on the nature of, in no particular order, the moon (Penumbra), divorce (The Drifting Housewife) and the acquisition of godlike power and the cult of John Frum (I Am the Supercargo).

It's an album that's brimful of the innovation and artistic integrity that has made The Drones one of Australian rock's most critically acclaimed acts here and overseas during the past four years.
It was that spark of originality and blunt-edged chaos that won the Melbourne band the inaugural Australian Music Prize in 2006 for their breakthrough album Wait Long ByThe River and Your Enemies Will Float By.

That same need to push boundaries took them to an old mill in Tasmania to record the follow-up album, 2006's award-winning Gala Mill, and in 2008 their invention, innovation and isolation have combined to produce the fireworks of their most accomplished work to date.

There are vaguely familiar nods to Neil Young's paint-stripping guitar spasms on Supercargo and Oh My, while the deliciously meandering pop dirges of Suicide and the Velvet Underground echo in Careful As You Go and Luck in Odd Numbers.
The outstanding ballad here, Cold and Sober, is a song The Drones have recorded several times during their eight-year reign without it ever making the grade.

There's also the relative immediacy but still complex structure of the first single The Minotaur, Liddiard's scathing rant on the wasters of the world, while the lengthy opening Nail It Down perhaps best reflects The Drones' grand scope, flitting as it does between acoustic ambience and rumbling rock 'n' roll meltdown.

Once you've been around these 10 songs for a few hours, its not hard to make up your mind about them.

Havilah will be in store September 20th 2008, through ATP Recordings and MGM Distribution.