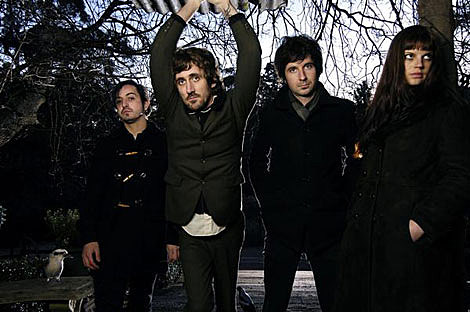 Call the Army! It's an invasion! Over the next two months, bands from Australia will swarm down (under) and barrage us with a ton of shows in North America including NYC ones at Pianos, Mercury Lounge, Europa, and The Bell House, and of course a bunch of performances in Austin for SXSW.

First up, The Drones have a new album entitled Havilah on ATP Recordings and the quartet is back in the USA in 2009, a scant six months after killin' it ATP New York and playing a string of NYC shows in 2008. The NYC shows are at Union Hall with The War On Drugs on 3/30 (tickets on sale soon) and at The Bell House on 3/26 (tickets on sale now).

There's also a similar Australian BBQ / music showcase happening in Austin during SXSW. Details on that, and all Drones dates below.

One of the bands on BOTH BBQ fests (NYC and SXSW), Youth Group, will release their new album The Night Is Ours on April 7th in the US. The crew has also laid out April residencies in NYC, Philadelphia and Boston. The NYC residency is at Pianos every Tuesday in April (April 7, 14, 21, 28). Philadelphia is every Wednesday at the M room, and Boston is Sundays at TT Bear's. Full tour dates are below. 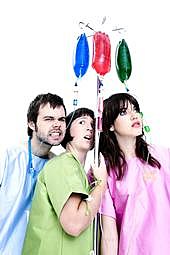 Another band on both bills... it's the return of The Grates (pictured). They are touring the US around those dates and SXSW, including a show at Mercury Lounge on March 23rd with Sky Larkin (no tix), and one at Pianos with Micachu on March 25th (tickets on sale).

My Disco, an angular post-punk trio that worships at the altar of Albini so much that they named their band after a Big Black song, will tour the US with the not-Aussie Young Widows after their trip to the Lone Star state. Full tour dates are below, including a show at Europa on April 1st. Tickets are on sale.

The War On Drugs (not Australian) are currently touring Europe, but will hit the road in the end of March for a US tour that includes the NYC date mentioned above. 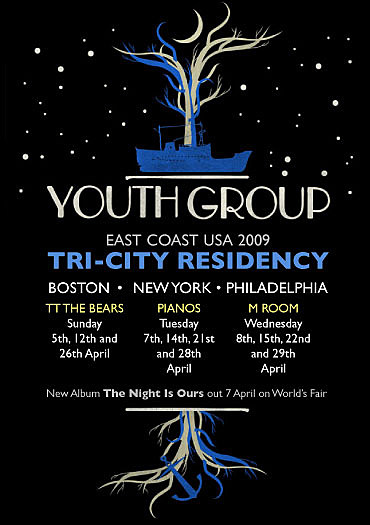