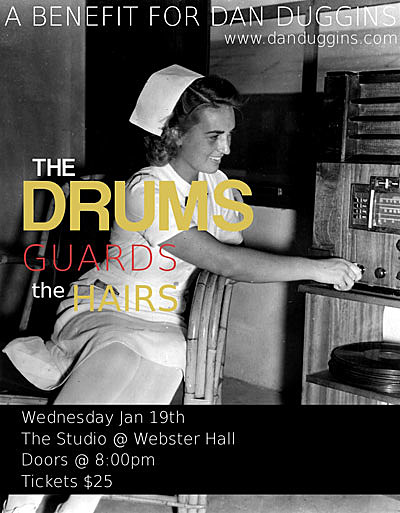 The Drums recently headlined (or co-headlined?) Webster Hall one day before appearing as a special guest headliner at Santos Party House not long after headlining Bowery Ballroom. NME rated their album one of the top 10 of 2010. Q Magazine said the self-titled effort was #32. The point is that The Studio at Webster Hall is a small (intimate) venue for the band now, and since their January 19th show there is raising money for a good cause, the $25 price tag shouldn't scare you too much. Guards and The Hairs both open, and all proceeds go to Dan Duggins.