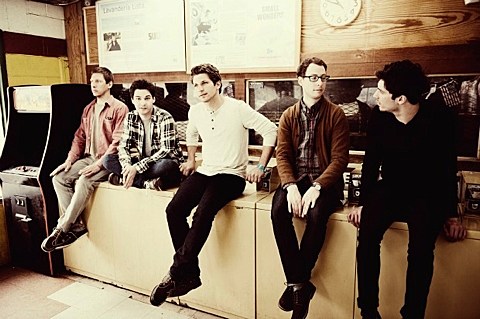 Joining the many emo bands who have been celebrating ten-year album anniversaries in the past year or so (like Taking Back Sunday) is NJ's The Early November, who are celebrating their 2003 debut, The Room's Too Cold. The record switched between Get Up Kids-style pop punk and acoustic emo-pop, and was the only LP they made like it, before going in a more indie pop direction on 2006's triple album, The Mother, the Mechanic, and the Path, and calling it quits soon after. TRTC was among the slew of emo/pop punk releases Drive Thru was putting out around then (along with The Starting Line, The Movielife, Something Corporate, etc), and ten years later it holds up pretty well. Revisit some of its songs for yourself, below.

The band officially reunited in 2011, and last year they released the return-to-form album, In Currents. Now, for This Room's Too Cold's tenth anniversary, they're reissuing it on vinyl and performing it in full at two shows. The first happens in NYC on December 18 at Bowery Ballroom, and the second is a sold out show in Philly (12/21). Special guests are being promised at both shows. Tickets for the NYC date go on sale Friday (10/4) at noon.

Flyer for the NYC show and videos/streams below...

The Early November - "Something That Produces Results"

The Early November - "Ever So Sweet" 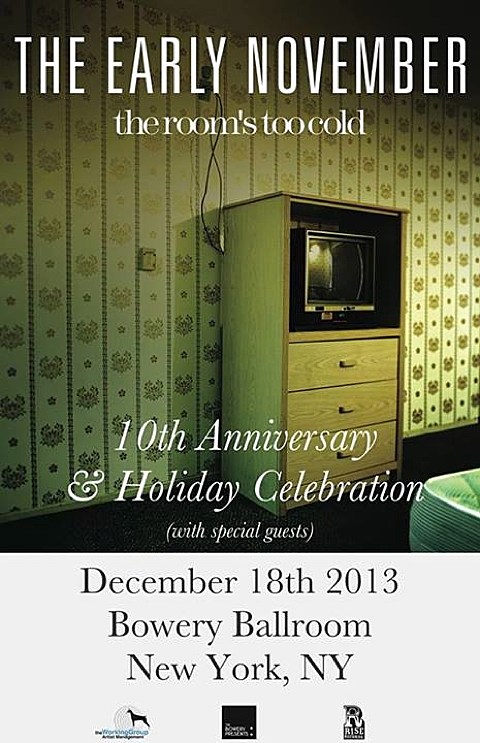