to make up for missing last week, here's an early 'week in dance' by David Bruno.... 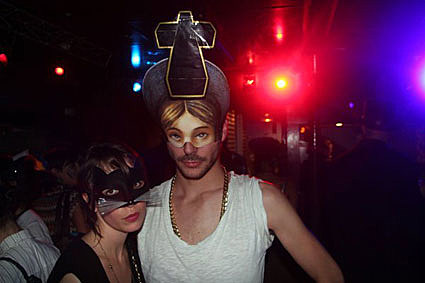 Bonjour party people. Sorry for yet another absence but I was spending some time in Paris. As a result, I've got loads of fantastic new music to turn you on to in the next few weeks, but first lets get caught up on upcoming events this week.....

Booka Shade returns on Thursday night (August 2) at Studio B in Brooklyn for the rare weekday Fixed party. As far as live electronic music goes, Booka Shade are one of the top bands out there. The boys at RVNG have posted up the Booka Shade Essential Mix for your review. (They've also just put out a killer tee shirt!)

You too can get a cool little slice of Paris on Thursday night with DJ Orgasmic & TTC's Cuzinier. If you haven't picked up Orgasmic's CD The Rise and Rise Of...get at it at TTL. Orgasmic is a killer DJ and Cuzinier is a hilarious dude. (To get you primed for some raw French hip-hop swing by Disqure Primeur and check out the new Dabaaz video: La Plus Belle Ce Soir.) SOOOO is a really fun live band too, if you like U.S.E., you'll dig SOOOO.

Apple 5th Ave does it again on Friday night with Tim & Tim (Goldsworthy & Sweeney) DJing under the bright lights. Also on Friday, my People Don't Dance No More party in the Vault at Element continues to delve into the depths of weirdo disco and out and out late 70s musical decadence: Prince Language is this month's selector and re-editor. More disco can be found around the corner with Modular at their Monthly at 200 Orchard with In Flagranti and A Touch of Class. And very obviously, CSS play the FUN party at Studio B...

If you'd rather see Tim Sweeney outdoors and under the moonlight instead of the ILight: he is the guest at the Water Taxi Beach Party on Saturday night. Earlier in the day, you can catch In Flagranti outdoors at PS1 with Psychic TV. 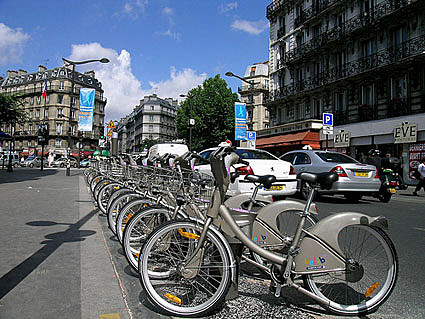 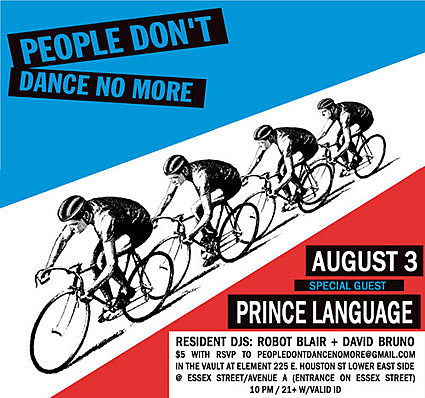 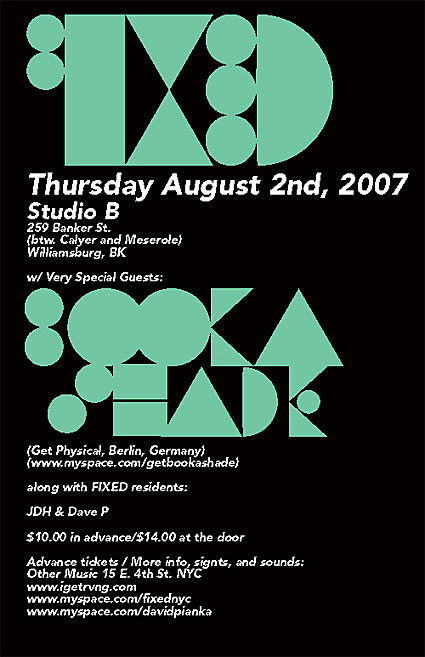 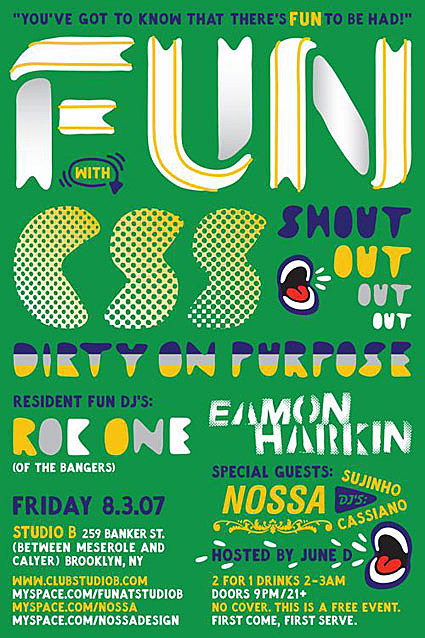 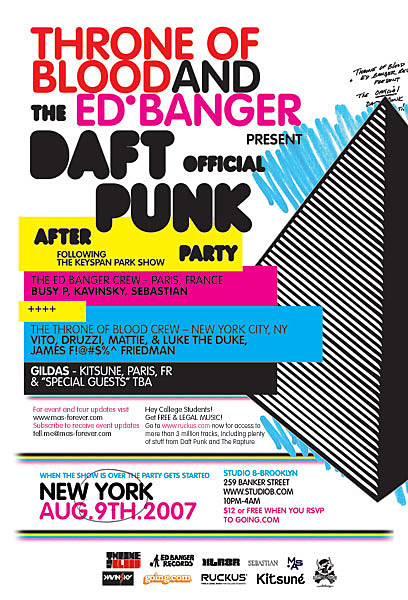