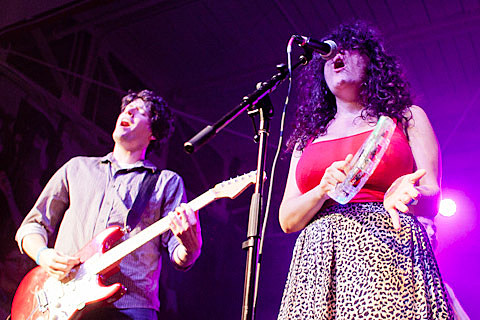 St. Marks punk rock haven Coney Island High closed back in 1999 but a lot of folks who were around in those days remember it fondly. The Everymen certainly do on a catchy track from the band's forthcoming new album New Jersey Hardcore which is out in October. We've got the premiere of "Coney Island High" right here, downloadable above or streaming below.

The Everymen have a string of local dates coming up, including one on Friday (8/10) at Pianos with Romans, Lost Romance, Kestrals, and...Everymen? That's right The Everymen and Everymen. Two different bands. (The latter is a self-described "crustbilly folk punk" band from Florida.) I propose a guitar solo battle and to the winner goes the name. Tickets for the show are available.

All upcoming The Everymen dates are listed below along with the song stream.