The Ex @ The Rock Shop 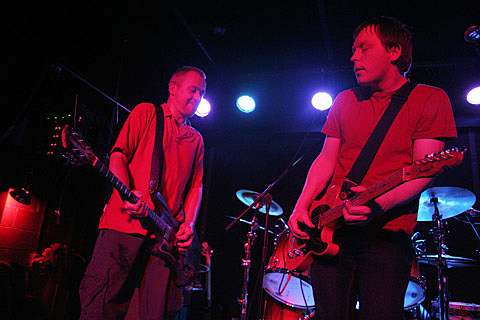 The Ex ended a three-year absence from NYC with two shows last week--one at LPR on Thursday and one the night before at the Rock Shop. The Dutch band's last appearance in the city was a 2008 Lincoln Center Out of Doors set with Ethiopian saxist Getatchew Mekurya (so it'd been even longer since they visited the city as a quartet). This was a newly restructured quartet at that, with guitarist Arnold de Boer was on-hand as main vocalist, a role he's been filling since founding member G.W. Sok left in '09.

At the Rock Shop, the band drew largely from Catch My Shoe, their new full-length that came out stateside in early 2011, and its relatively poppy pleasures "Cold Weather Is Back" and "Double Order," which came early, the Katherina Bornefeld-sung Ethiopian tune "Eoleyo" and punky jam "24 Problems." The set showcased the unique talents of each member of the band: Bornefeld's drumming (which used the entirety of her kit to build unorthodox repeated patterns), Andy Moor's rhythmic baritone guitar riffs, de Boer's interpolated doodles and shouts, and guitarist Terrie's litany of sounds and scrapes pulled from his creaking plank of a guitar. Terrie, trancelike at times, tapped out beats on his fretboard, palm muted distorted chunks, and tweaked his strings with a drum stick; at the end of one song, the only sound still ringing was a croak emitted by his guitar being pulled from its neck.

The band is still on tour now. Some more pictures from the Rock Shop are below... 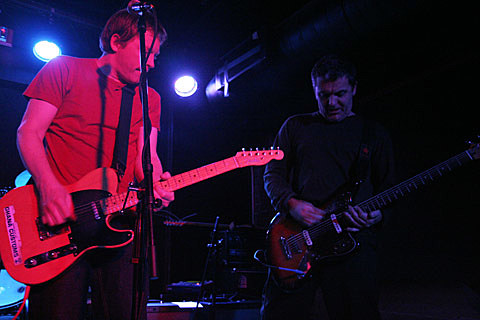 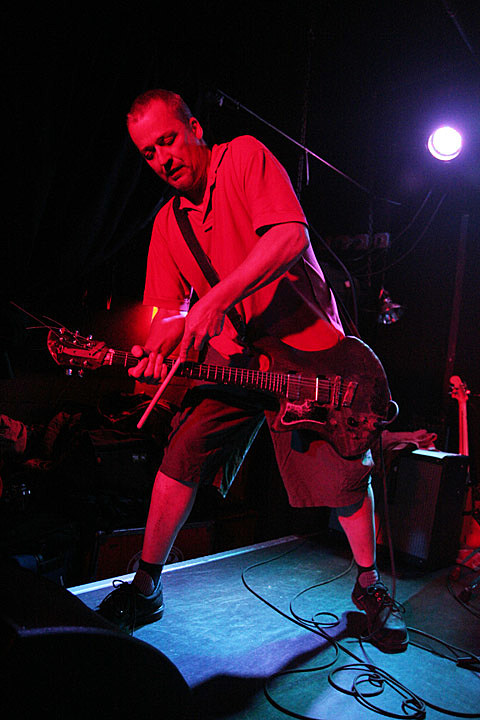 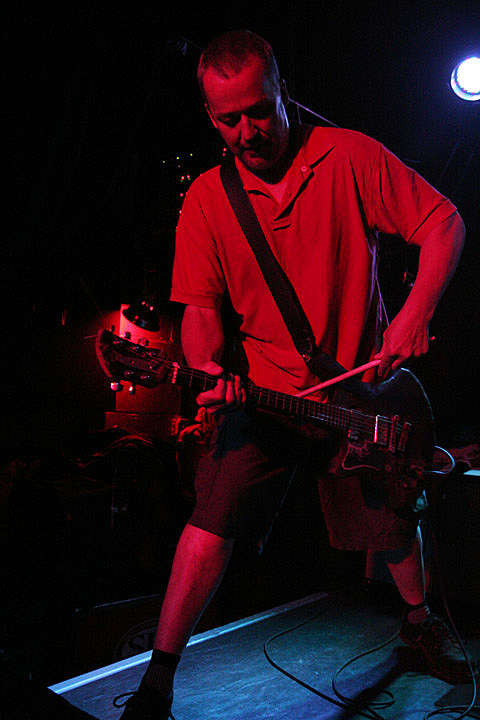 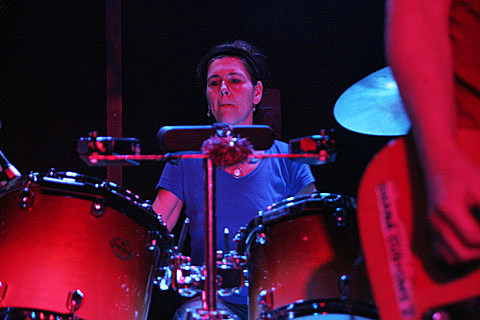 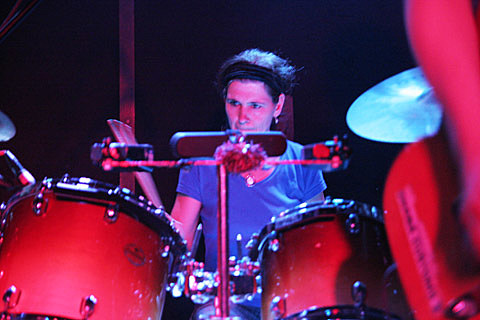 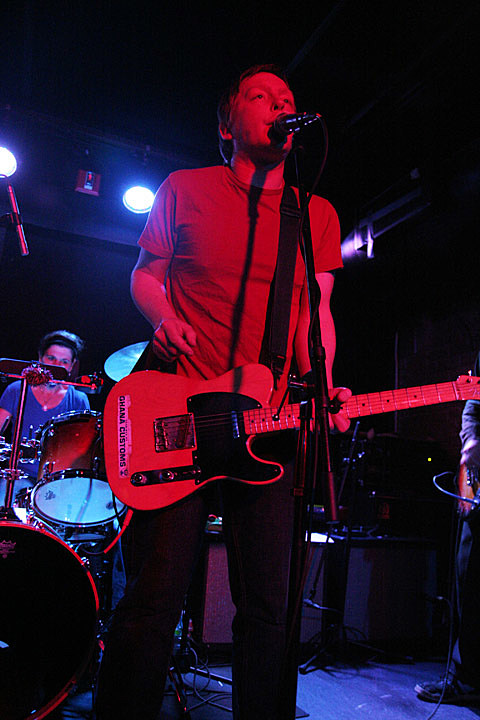 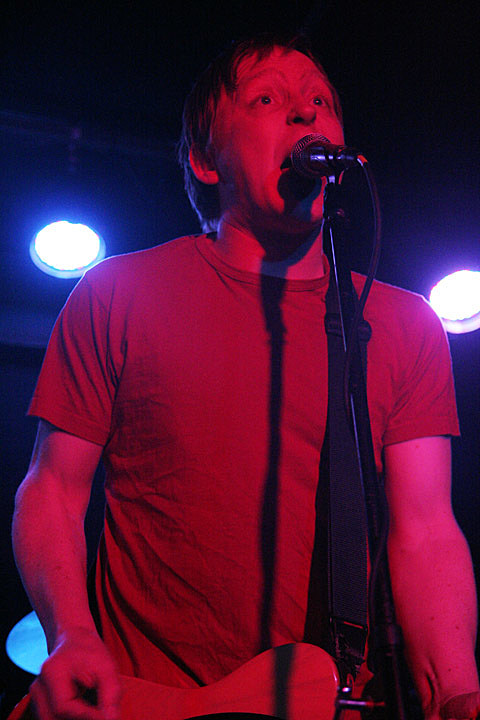 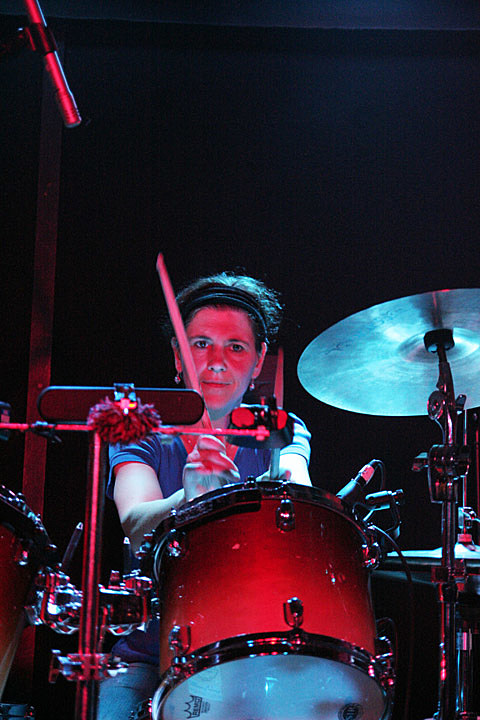 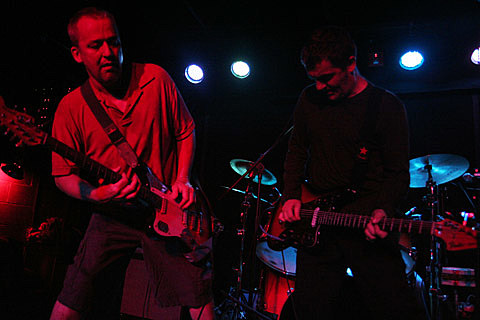 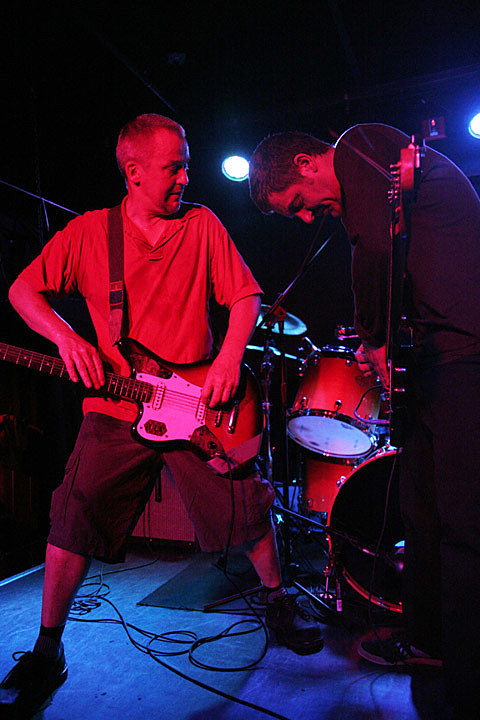 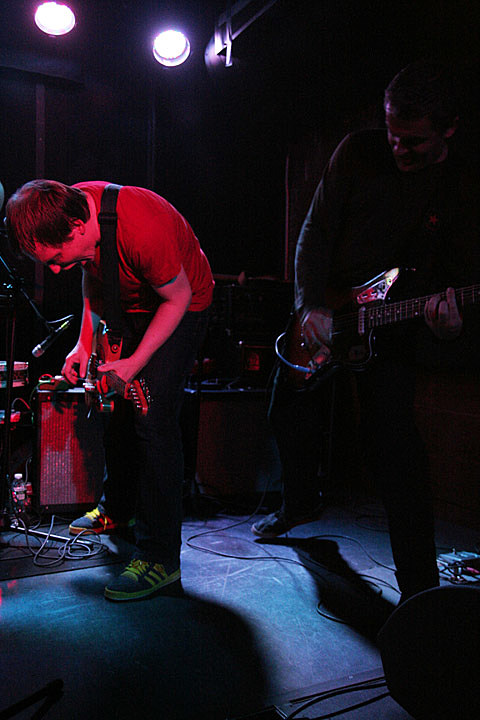 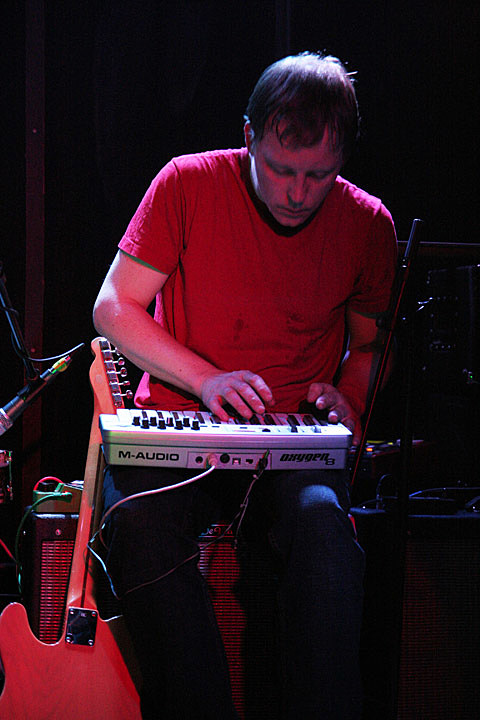 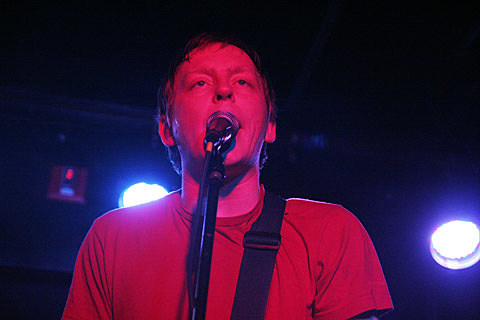 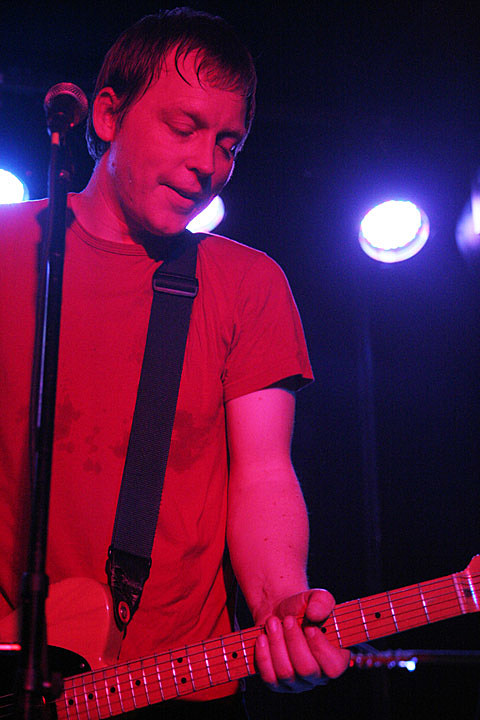 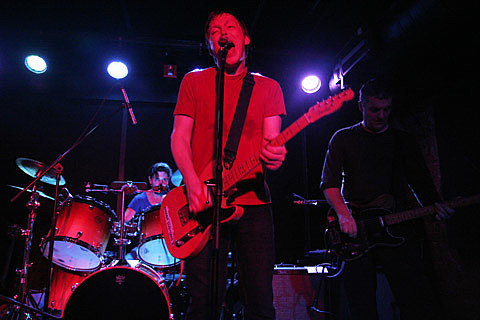 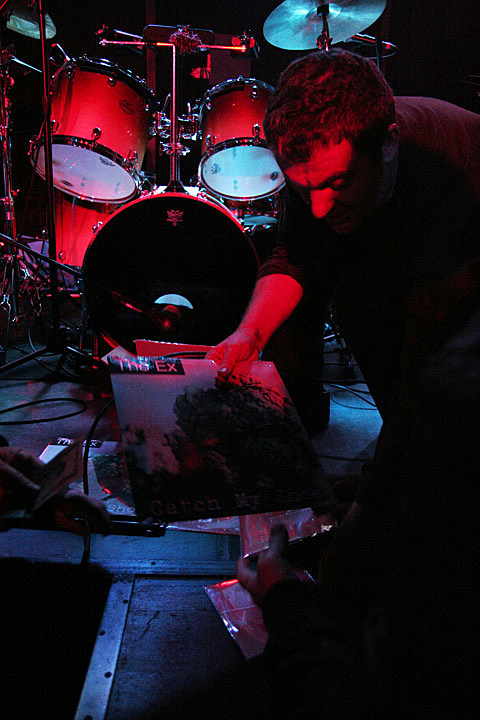