The Faint at Webster Hall in 2009 (more by Tim Griffin) 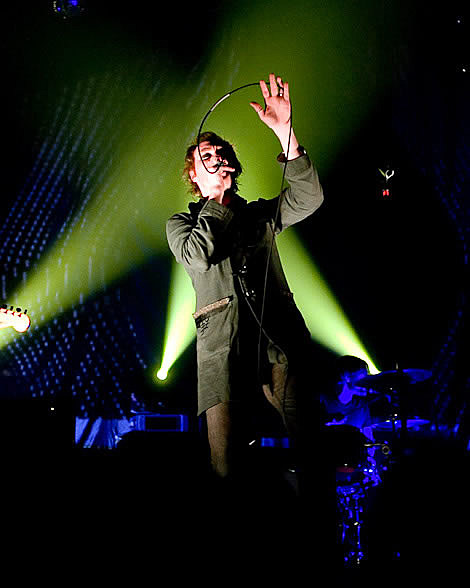 The Faint are currently on tour celebrating the 10th anniversary of their album Danse Macabre. The party hits NYC on Friday (12/7) at Terminal 5 with Toronto's Trust and Icky Blossoms opening the show. Tickets are still available.

If you've read the site over the last week or so, you probably know we've been asking a lot of bands and artists to contribute year-end Top 10s (like Animal Collective who play Terminal 5 twice this week), and here we've got ones from both The Faint and Trust. The Faint did a collective list of favorite LPs and were only able to whittle it down to 12, including albums by Liars, Actress, Twin Shadow, Grimes (who did a list for us too) as well as both of their current tourmates. Check out the full list below.

As for Trust, main man Robert Alfons lists his 10 favorite tracks of 2012 and the top three spots all go to the same artist. Any guesses who? Don't forget that Trust will DJ late night at Glasslands on Friday (12/7) after their T5 show. Black Marble will play live and tickets are still available.