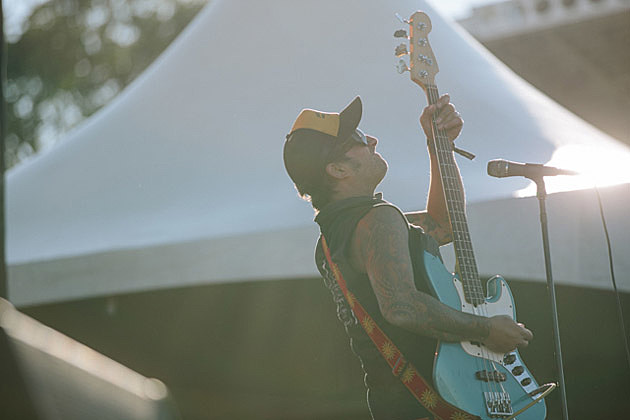 Lawrence Arms co-frontman Brendan Kelly just wrapped up some solo shows, and now his other band The Falcon have announced a tour and their first new album in a decade. The Falcon's current lineup has him joined by his Lawrence Arms bandmate Neil Hennessy on drums, plus Alkaline Trio's Dan Andriano and The Loved Ones' Dave Hause. Needless to say, this group is pretty super. The new album is called Gather Up The Chaps and it's due March 18 via Red Scare. Party like it's 1999 and pre-order it at Interpunk.

The tour includes a run with The Scandals, The Lippies and a TBA local opener, that hits NYC on April 3 at Shea Stadium. Tickets for that show are on sale now.

The second leg has The Scandals replaced by Worriers, who have a few NYC shows coming up. All dates are listed, with a stream of 2006's Unicornography, below...