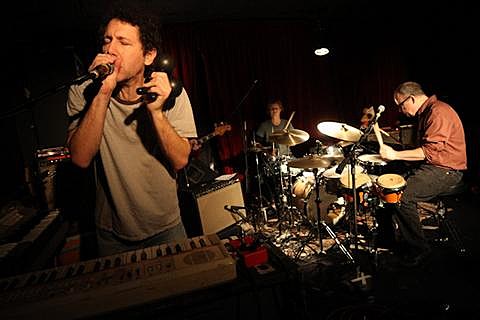 I said it last night, and I just may say it again tomorrow: Without the Feelies, I can't really imagine our band being around today. They wanted to contribute in some way to the recovery from Sandy, and really I have no words to describe how it felt to have them spend night three of Hanukkah with us.

We had been trying to get John Mulaney to join us over Hanukkah for years now, and last night it finally happened. People, I'm not going to lie to you--my mind is mush. I laughed from start to finish, but all I can recall this morning is him hobnobbing with the musical guests at Saturday Night Live and the single funniest thing that ever happened at a McDonald's (bumping this to second place). - [YLT]

Night 3 of Yo La Tengo's 2013 Hanukkah Week shows at Maxwell's featured Hoboken legends The Feelies as the opening band and, though it was still a 16-song set, it was probably one of the shorter performances the band have ever done at Maxwell's. Percussionists Stanley Demeski and Dave Weckerman joined YLT for the last half of their set, and the rest of the band helped out on a few songs as well including a cover of the Velvet Underground's "Sister Ray" to finish the night. Setlists for both The Feelies and Yo La Tengo are below (courtesy WFMU's Jesse Jarnow) along with video.

John Mulaney was the Night 3's comedian and the mix CD was provided by YLT's James McNew. It was a benefit for the Food Bank of New Jersey. Who will open on Night 4? UPDATE: It's Real Estate and Todd Barry.

Setlists and video from Night 3 are below. 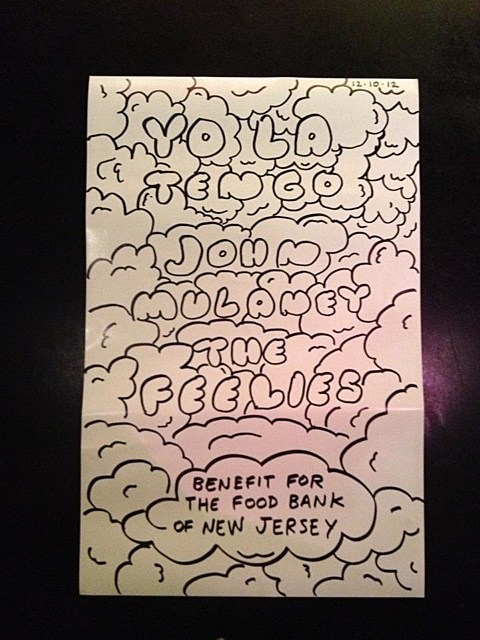 SETLIST: The Feelies @ Maxwell's 12/10/2012
Deep Fascination
For Now
Invitation
For Awhile
On the Roof
Let's Go
Higher Ground
The Final Word
Slipping (Into Something)
Away
Way Down
When You Know
Doin' It Again
Time Is Right
Raised Eyebrows
Crazy Rhythms

Yo La Tengo feat. The Feelies- The Room Got Heavy 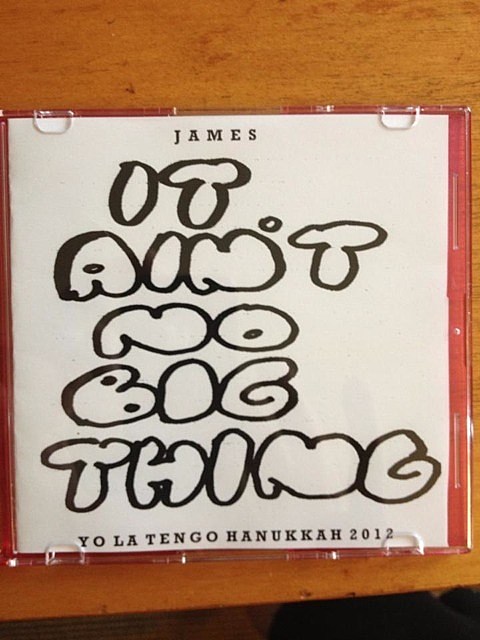