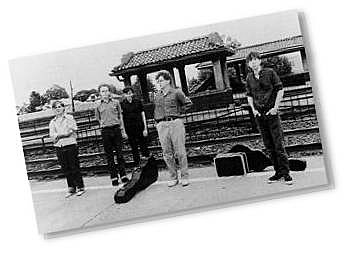 "Legendary NJ avant-pop the Feelies have announced 2011 tour dates which will follow the release of a new studio album. After a 19 year break, the Feelies are back with Here Before, an album of all new original material on Bar/None Records. The new album touches on different styles from the Feelies' long history while adding new grooves and musical ideas to the mix. Electric and acoustic guitars melt together in archetypal Feelies fashion on songs like "Nobody Knows" and "Should be Gone. " Elsewhere there are slabs of driving garage rock like "When You Know" and "Time Is Right" and the down-tempo "Bluer Skies," and harmonically rich "Later On."

The newly announced shows are happening in May and June, and there aren't many of them, but one is at The Bell House in Brooklyn on May 13th. Tickets are on sale. All dates below...