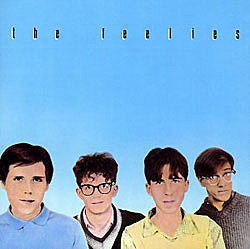 Last July, The Feelies played some shows at Maxwell's followed by their big and official reunion appearance on July 4th at Battery Park. This year, The Feelies will play Maxwell's ON July 4th, and one day earlier on July 3rd. Tickets for both shows are now on sale.

After they reunited, the Feelies didn't stop. Most recently they played a few non-NYC-area shows, an R.E.M. tribute at Carnegie Hall, and a NJ show on New Years Eve with Yo La Tengo.. In September of last year, they played NYC shows at both Bowery Ballroom and Music Hall of Williamsburg. The timing on those was not ideal though, as many potential ticket holders were probably upstate at the first-annual ATP NY Festival.

This year, The Feelies, instead of competing with it, are playing ATP NY (11 Sep 2009 to 13 Sep 2009, Kutshers Country Club). But that's not all; The Feelies will perform their 1980 album Crazy Rhythms at the festival where Dirty Three, Suicide, and The Drones are also performing full albums as part of the Don't Look Back day (9/11). Flaming Lips, Jesus Lizard, Melvins & the rest of the ATP lineup so far, HERE.

A live "Crazy Rhythm" video below...