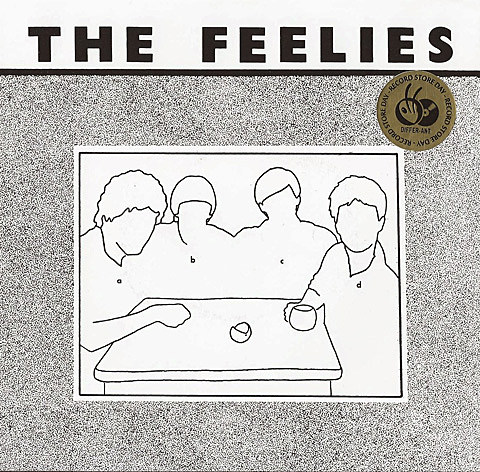 NJ indie rock greats The Feelies don't so much tour as play shows in small clusters. One of those will happen in later this summer with a trio of dates, including two not far from NYC: Jersey City's WFMU Monty Hall on September 19 and the previously mentioned show at New Windsor, NY's Storm King Art Center on September 20 with Alex Bleeker & the Freaks. Tickets for Monty Hall go on sale Friday (7/10) at noon. The third date in The Feelies show cluster happens at Boston-area club The Sinclair on September 18. The Storm King show is free with park admission.

As mentioned, some very early Feelies material is being released as part of the Numero Group's Ork Records Box Set, including a ripping, punkier take on "Fa Ce La" which saw the light of day at this year's Record Store Day. Someone has uploaded the full version of that "Fa Ce La" to YouTube and you can stream it below.