The Feelies @ The Whitney (photo by Scott Rudd) 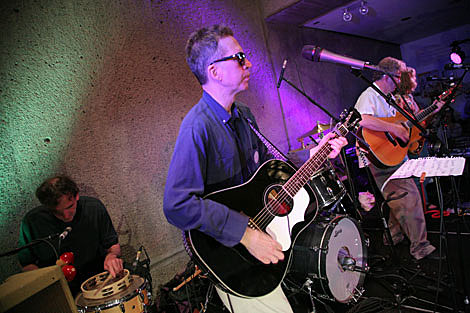 Reunited NJ band The Feelies played an acoustic set to help open the Whitney Museum's Dan Graham Retrospective last week (on Friday, June 26th). Last night (7/2), the same band kicked off three-night run at Maxwell's in Hoboken which goes until July 4th which is also the day the Whitney is having a special -- $4 admission ("$4 on the 4th"). It'll be open that day from 11am to 6pm... which actually means you have plenty of time to spend the day at the Whitney before heading to see the fireworks in Jersey before heading to Maxwell's to catch The Feelies (if you have a ticket, because all three shows are now sold out).

While at the Whitney, you can check out the museum's regular wares along with the Dan Graham exhibit. That show includes rock artifacts like Graham's '80s doc Rock My Religion, which incorporates footage of Patti Smith, Sonic Youth and Black Flag. The music series in conjunction with the Graham show continues on July 10th, with a concert in the museum by Titus Andronicus and Real Estate. Bands over the next three Fridays after that include Vivian Girls, Woods, Abe Vigoda and These Are Powers. Full schedule below.

The Brooklyn Museum is also free this 4th of July from 5pm-11pm, running its First Saturdays special on the holiday. The Met (always by donation) is open too, as is the MoMA, whose free night is on Fridays. The MoMA is currently showing "Looking at Music: Side 2," whose focus overlaps some with the Whitney's Graham exhibit (both are connected to Sonic Youth, New York in the late '70s, etc.)

Two more pictures from the Feelies museum show, and one of Jasper Johns' Three Flags (which is in the Whitney's permanent collection), and the Whit's full music schedule, below...

The Feelies @ The Whitney (photo by Scott Rudd) 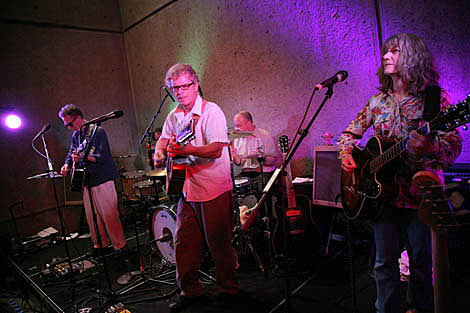 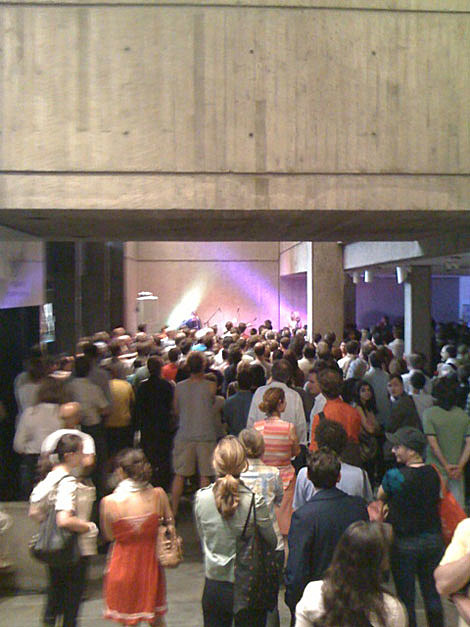 You can see this at the Whitney... 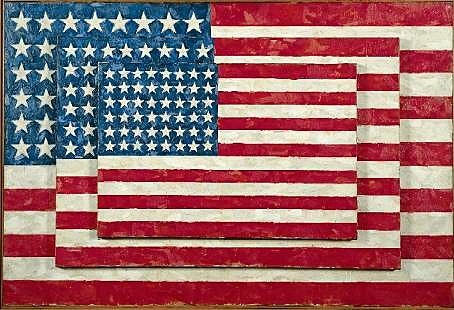 July 31 at 7 pm
Vivian Girls / These Are Powers