Felice Brothers at Spiegelworld in 2008 (more by Faith-Ann Young) 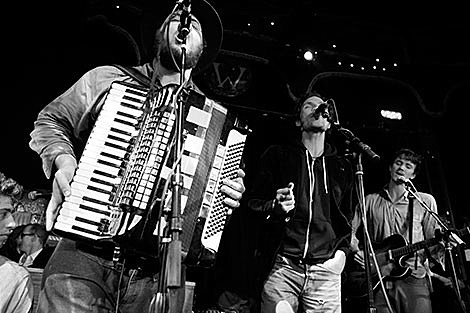 The Felice Brothers just finished up a tour in support of the recently released Celebration, Florida which started with two shows at Maxwell's in March and culminated in two sold out nights at The Bell House last week (some videos of that below). After a number of festivals this summer, including Clearwater Festival and Newport Folk Festival, The Felice Brothers return to New York to play Webster Hall on September 29. Tickets go on sale Thursday (5/26) at noon. The show is currently their last US date before heading out on a European tour in late November.

In related news, ex-Felice Brother Simone Felice's The Duke & the King have signed with Anti- Records, who will release their self titled LP on August 2. The album is made up of previously released material from the group's first two albums that were released in the UK but never officially in America. Check out the album art, tracklist, and a video below.

All tour dates, some videos, and other stuff below...

The Felice Brothers - "Whiskey in my Whiskey"

The Felice Brothers - Ponzi from Ravenhouse LTD. on Vimeo 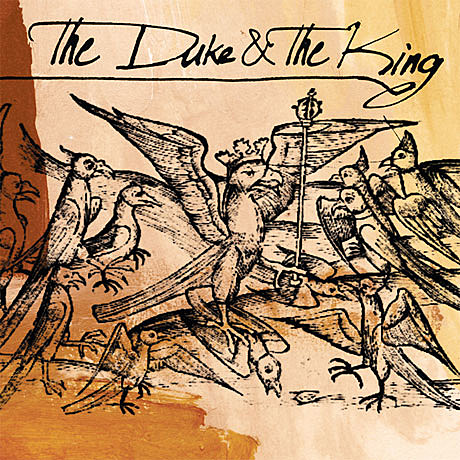