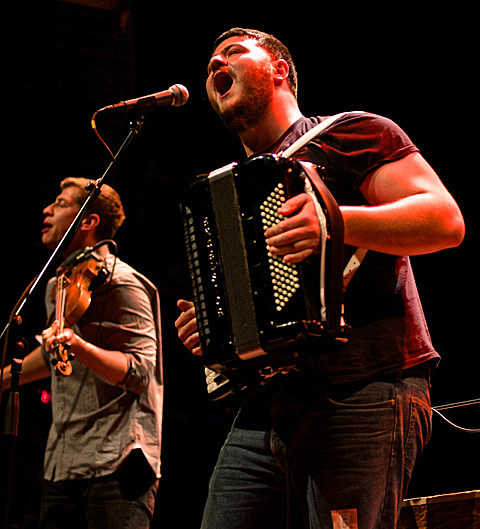 In addition to releasing their fifth studio album, Favorite Waitress, last summer and following it with a US tour this past fall, members of The Felice Brothers were just among the guests Deer Tick hosted for six nights at Brooklyn Bowl. Now they'll headline the 2015 edition of the annual "Shine A Light" benefit show which this year happens at Long Island's Cannon's Blackthorn on February 7.

Philadelphia's Strand of Oaks will also be on the bill, who just toured with Torres and whose last album Heal was listed on a bunch of 2014 year-end lists (including Torres'). Tickets for the "Shine A Light" show are on sale now.

Deer Tick played "Shine a Light" in 2013; Phosphorescent played last year. As always, "Shine A Light" is presented by The Tommy Brull Foundation, an organization that assists a wide variety of disabled people on Long Island.

The Felice Brothers and Strand of Oaks both have other tour dates coming up and all are listed, along with videos from each, below...