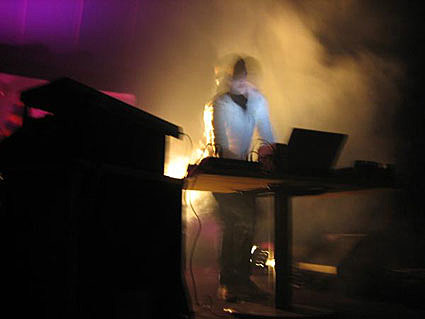 How far is Saratoga Springs because that's where the Field is playing Friday night before heading west to play Coachella and a few other West Coast shows. Too far probably (plus it's at a college), but that's okay because The Field will be back soon enough - June 6th at Studio B to be exact, with Four Tet and tickets are on sale. The Field will also be in Montreal in early May to play the electronic festival Mutek... with a live band.