The original NYC Fillmore (East) is now a bank (CRED) 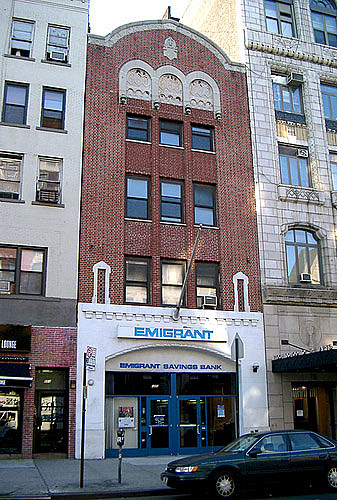 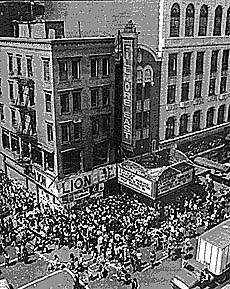 When doors open to Lily Allen's highly-anticipated New York City concert on April 11th, fans will notice a difference. Upon entering the venue, there will be fresh apples for hungry live music aficionados and a greeter to let them know about upcoming shows. The walls will be painted a deep red hue and the refurbished chandeliers will shine light on vintage posters, pictures and newspaper articles recounting legendary live music performances. After the show, a collectible poster commemorating the evening will be distributed to concert goers, a tradition that will continue for select shows throughout the year.

To devotees of the legendary Fillmore in San Francisco, one of contemporary music's most respected and enduring live concert venues, these traditions will seem familiar. So while it's no easy task to improve upon Irving Plaza, New York music fans will undoubtedly appreciate the new traditions and aesthetic that will infuse the reconfigured club, which upon Lily Allen's christening concert, will be known as The Fillmore New York at Irving Plaza.

"The Fillmore is a highly regarded music venue whose impact on music resonates far beyond the walls of the actual building itself," says Bruce Eskowitz Live Nation's Chief Executive Officer of North American Music. "By adapting some of the Fillmore traditions to one of the crown jewels in our venue portfolio, Irving Plaza, we hope to make the concert going experience even better for New York music fans."

Along with the change in décor, the club has improved sightlines in its upstairs balcony area with additional improvements to come. Flat screen televisions are being placed in key locations throughout the club. Bathroom facility renovations are scheduled for this summer, as are upgraded sound and lighting systems. Behind the scenes, artist dressing rooms have been overhauled and upgraded.

With the launch of The Fillmore New York at Irving Plaza and The Fillmore Philadelphia, which is planned for late April, Live Nation hopes to establish a live music brand to complement its 11 House of Blues clubs across the country. Along with the Fillmore San Francisco, Denver's Fillmore Auditorium is one of the company's most successful mid-size venues. 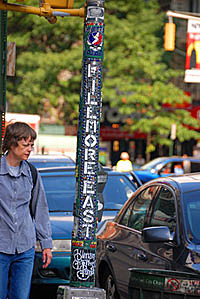 It's fitting that the ultra-hot Lily Allen will open the improved club. The Fillmore, both in its San Francisco location and in its three and a half year incarnation as The Fillmore East (1968-1971) in lower Manhattan, has a rich history of importing cutting edge new artists from England. Led Zeppellin, The Who, Pink Floyd, Black Sabbath and many other UK artists played either the Fillmore in San Francisco or the Fillmore East in the beginning of their careers. Of course the storied venues were host to seminal American music artists as well, including Jimi Hendrix, Janis Joplin, Grateful Dead, Santana and The Allman Brothers to name a few.[E TV]

More at Idolator, and thanks Kathryn.

The original Fillmore East (second photo - copyright Amalie R. Rothschild - New York, NY / Florence, Italy) was at the corner Second Avenue and Sixth Street in NYC. The first photo is what it looks like now. The third photo is the pole on the corner that's been tiled to remember the venue, Bill Graham, and many of the bands that played there.

Irving Plaza - now "The Fillmore New York at Irving Plaza" - is at 17 Irving Place, and currently looks like this: 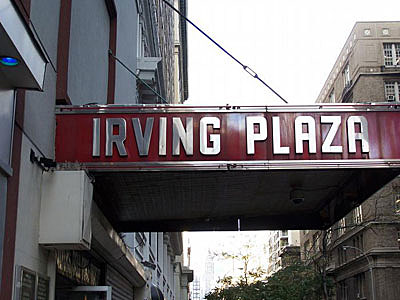