An image from Robert Longo's Pictures for Music (1979), which will be played alongside Rhys Chatham's Guitar Trio... 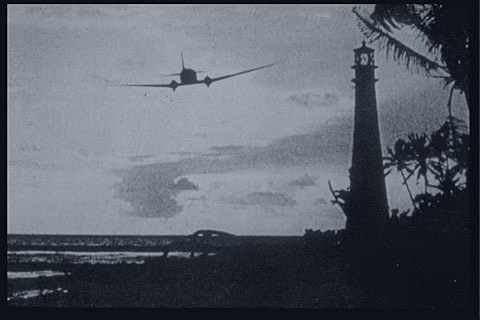 Since 1993 the record label Table of the Elements has staked its claim on a massive enterprise, intending nothing less than to rewrite the history of American music in the second half of the 20th century, and beyond. Its projects have focused on musicians whose light shimmers outside the frames of convention, and comprise a vital contemporary archive of experimental, minimalist, improvised and outsider musics.

The Table of The Elements is caling it quits after eighteen years, and will go out with the three-day Copernicum Festival at Issue Project Room that kicks off tonight (5/12). Electric harpist Zeena Parkins, M2 (improv duo made up of Mission of Burma's Roger Miller and brother Ben Miller), Agathe Max, and electronic musician Ateleia will round out the first night entitled "TotE from A - Z". Tickets are still available. Agathe Max will perform selections from the silver string, which is due on Table of the Elements in September.

R.I.P. to Table Of The Elements, but at least they're going out with a bang.

In related news, Zeena Parkins is also on board for the upcoming Undead Jazz Festival as part of Zeena Parkins and The Adorables.

Roger Miller also has a show coming up as part of the Alloy Orchestra who will "perform its original live score to the newly restored version of Fritz Lang's Metropolis" in Prospect Park this summer.

Stephen O'Malley also has a show coming up in Pennsylvania.

The Table of the Elements fest lineup in list format, below...