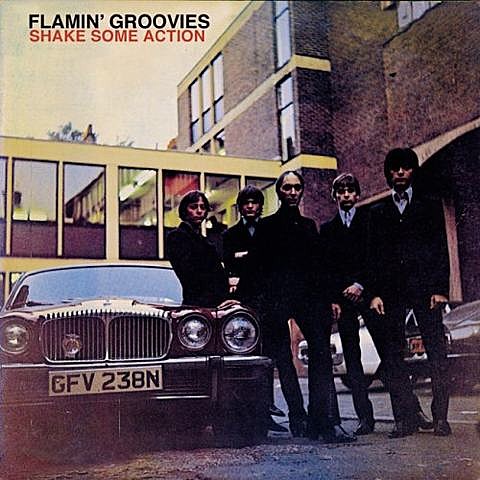 Following a quick romp through Japan and Australia, San Francisco legends the Flamin' Groovies played a hastily arranged show in their hometown this past weekend--the first time this version of the band has played locally since 1981.

The mid-'70s era Flamin' Groovies, with founder Cyril Jordan, George Alexander (bass), Chris Wilson (also of UK band the Barracudas), and Victor Penalosa (drums) tore through a tight set of their near-hits, kicking off with the slow-burning "Yeah My Baby," before running through their power-pop classics, "You Tore Me Down," "I Can't Hide," and of course, "Shake Some Action." - [Mother Jones]

And following a successful hometown show, San Francisco powerpop legends The Flamin' Groovies, now with 3/5ths of the "Shake Some Action" lineup back in action, are going on tour. While a full announcement hasn't been made, Flamin' Groovies will play two shows in the NYC-area: Bowery Ballroom on July 6 and Maxwell's on July 7. Tickets to Bowery and tickets to Maxwell's go on sale Wednesday (5/22) at noon.

Check out a Spotify stream of Flamin' Groovies' Shake Some Action below...