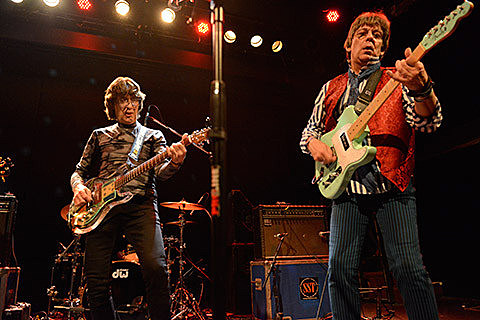 San Francisco powerpop legends The Flamin' Groovies will be touring the Midwest and East Coast this fall, and dates include a stop in NYC at Baby's All Right on November 22. Tickets for the Baby's show are on sale now.

2016 will be The Flamin' Groovies' 50th anniversary, and they've got a new album in the works, as well as a documentary. You can watch a trailer for the doc below. Also look out for a new single on Burger Records this fall.

The band were last in NYC in 2013. All tour dates (including Jersey City) are listed, along with a stream of their classic 1976 album Shake Some Action, below.