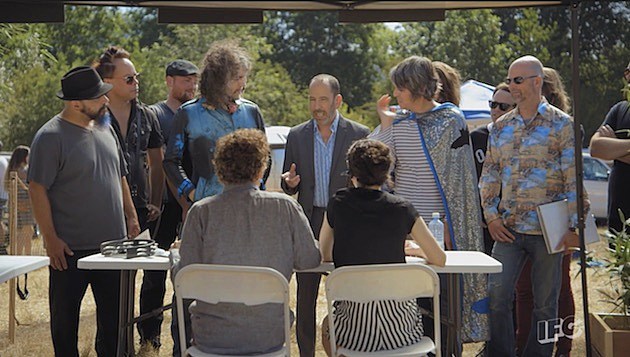 The sixth season of Fred Armisen and Carrie Brownstein's series Portlandia premieres Thursday (1/21) at 10 PM on IFC and takes place entirely at Oregon festival Pickathon (which just announced its 2016 lineup). Among the storylines are that headliners The Flaming Lips have split into two competing groups: The Flaming Lips Featuring Wayne Coyne and More Flaming Lips (with Steven Drozd, Michael Ivins and a new singer). Surely this will be the most momentous festival-based comedy episode since Homer Simpson went to Lollapalooza. Watch a clip below.

You can also watch an entire new episode of Portlandia (not the Pickathon one) over at IFC.

Related: Fred paid tribute to the late David Bowie on this past week's SNL.