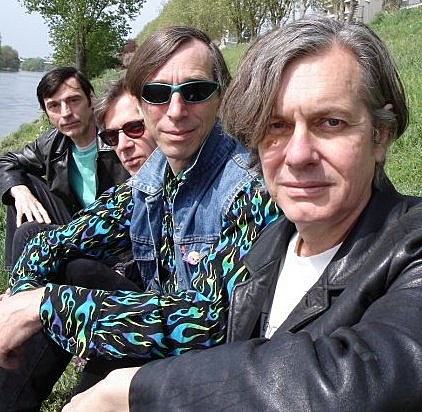 The EP was recorded while on tour in Gijon, Spain and all four songs are in Spanish, including covers of two songs by Mexican rock band Los Johnny Jets. Says frontman Peter Zaremba:

The story of this record goes way back to our original bass player, Marek Pakulski, finding a bunch of albums including 'Los Johnny Jets A Go Go' in the trash in front of Joey Ramone's Lower Eastside tenement one night in 1977. Johnny Jets were a typical Mexican '60s rock and roll group -covering top-ten hits of the time like 'Wooly Bully' in Spanish with varying degrees of competence -- just the thing to appeal to The Fleshtones. Rather than the Spanish language versions of overly-familiar tunes like 'Hang On Sloopy', what really caught our ears were two more-or-less original tracks 'No Tengo Dinero' and 'Todos Queremos A Lupe' (which seemed to at least be inspired by Johnny Thunder's 1962 hit 'Loop De Loop'). We decided we would record these two songs ourselves as soon as possible. If nothing else, The Fleshtones are good for their word!

In other news, The Fleshtones' record label, Yep Roc, turns 15 this year and they're throwing a three-day celebration at The Cat's Cradle in Carboro, NC on October 11, 12 and 13. No word on whether The Fleshtones will go down for it but confirmed YR15 artists include Dave Alvin, Chatham County Line, John Doe, Liam Finn, Fountains Of Wayne, Robyn Hitchcock, Los Straitjackets, Nick Lowe, Chuck Prophet, Eleni Mandell, Mayflies USA, Cheyenne Marie Mize, The Sadies, Sloan, Jim White and Master of Ceremonies John Wesley Harding. While three-day passes are sold out, you can still buy individual tickets to each night.

YR15 Flyer is below, along with a list of Fleshtones tour dates. 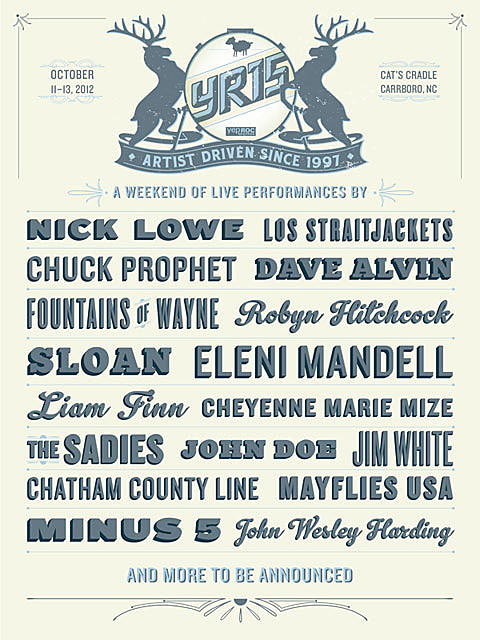