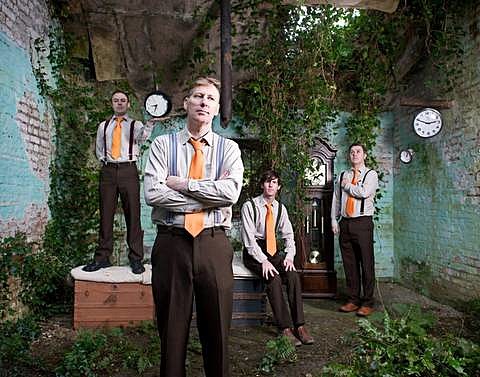 Longrunning Irish indiepop act The Frank and Walters are celebrating the 20th Anniversary of their debut album, Trains, Boats and Planes, with a tour where they'll play the album front-to-back. While the record actually didn't get a U.S. release, the band do currently have one North American show on the tour in NYC: Mercury Lounge on December 13. Tickets are on sale Friday, Friday, September 28 at noon with an AmEx presale on Wednesday (9/26) at noon.

UPDATE: Unfortunately the show got cancelled.

Despite releasing records only sporadically, The Frank and Walters have stayed together since forming in Cork back in 1990 -- with their sixth album, Greenwich Mean Time, released back in March. Like the majority of their music, it's wide-eyed, jaunty pop with singer Paul Linehan's distinctive warble (and wry humor) leading the way and is worth a listen. You can stream the album (as well as their debut) below via Spotify.

All Frank and Walters tour dates are below, along with the album streams and a few videos.

The Frank and Walters - "Happy Busman"