The Fratellis in Austin (more) 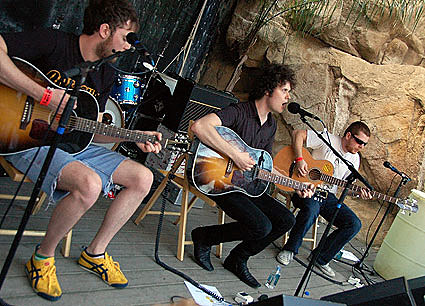 The Fratellis are coming back and this time in smaller venues than one of the last times they were here (I can't completely keep track). Dates, presale, and new album info, below......

Prior to the bands appearance at Glastonbury, The Fratellis have confirmed a series of North American dates:

The pre-sale begins Wednesday, May 7 at 10am in each respective timezone.

The band are touring to promote "Here We Stand", the follow up to Costello Music released in North American on June 10th.

They are also playing the Monolith Festival.