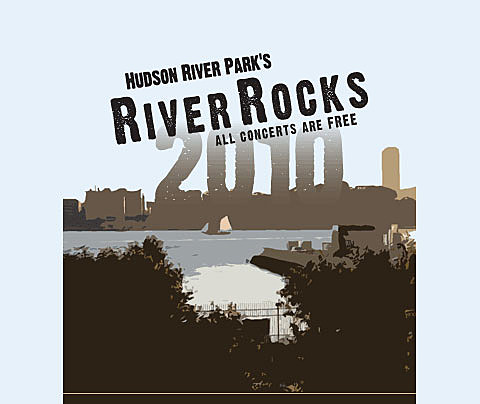 RiverRocks concludes the 2010 summer season on Thursday, August 12, with Atlanta's Deerhunter, led by Bradford Cox -- among the most talented and hardest working indie artists in the business. Opening for Deerhunter is Brooklyn's Real Estate.

RiverRocks is Hudson River Park's signature concert series staged on the Pier 54 waterfront adjacent to New York City's Meatpacking District (at 14th Street). With the setting sun and the Hudson River serving as the backdrop, each show is expected to draw capacity audiences.

Gates open at 6 p.m. for all RiverRocks shows, which are scheduled to begin at 7 p.m. More information is available at www.riverrocksnyc.com.

Phosphorescent also has a few shows coming up sooner.

Dawes will be in town to open a show for Josh Ritter.

Deerhunter recently was in town to open for Spoon.