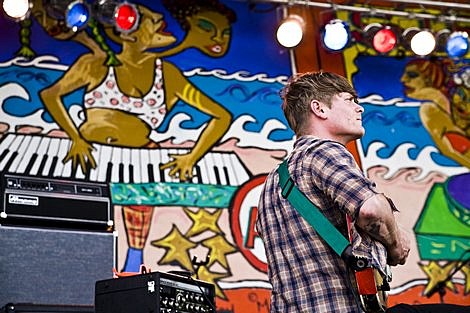 Why oh why are there so many shows I want to see all happening on the same night? Tonight is jam-packed. Top of my list is the return of San Francisco's Thee Oh Sees and The Fresh & Onlys who play tonight (10/8) at Mercury Lounge and tomorrow (10/9) at the Bell House. Thee Oh Sees also play Maxwell's on Saturday (10/10) without the F&Os (but with Pierced Arrows).

Both last played NYC together at the Woodsist / Captured Tracks Festival on July 4. They also both just released their second of two albums this year, and weirdly enough, The Fresh & Onlys' Grey Eyed Girls is on Woodsist, and Thee Oh Sees' Dog Poison is on Captured Tracks. (More crossover trivia: Captured Tracks' honcho Mike Sniper did the art for Grey Eyed Girls.) I like both albums a lot. Grey Eyed Girls is darker than the F&O's self-titled album from the spring, at times (like on "Invisible Forces" which is downloadable above) a bit like early Echo & the Bunnymen. Elsewhere it's pretty and sweet ("Dude's Got a Tender Heart," also downloadable). The new Oh Sees album is rather different for John Dwyer and company, trading sonic assault for acoustic guitars and the occasional flute. It's still perfect beach music, but this is more sundown than shooting the curl. In addition to new albums, both have released something like 23 new 7"s between them since the summer, so look out for all that stuff at the merch table.

Both bands really bring it live. John Dwyer beats the crap out of his guitars, while shoving his microphone all the mouth for maximum distortion. His eyes bug out a little. The dude gives 110%. If that were possible. And The Fresh & Onlys are great too, though I hear singer Tim Cohen's wrist is still in a cast (bassist Shayde Sartin shoved him down some stairs during some spirited horseplay) so he'll be on keyboard duty, but they managed to whip up a storm back in July -- none of the band seem to be able to stand still.

The Girls at Dawn 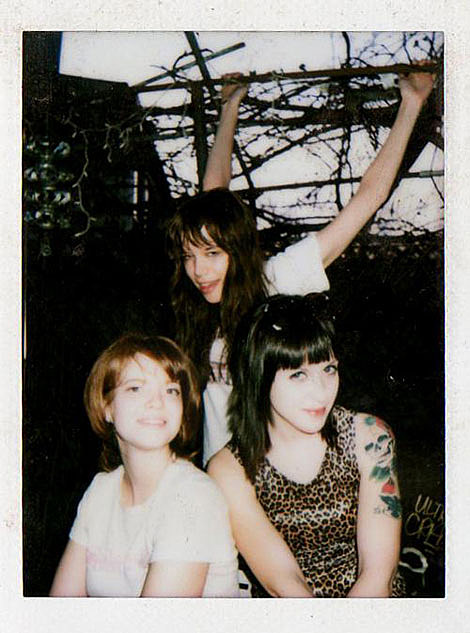 Opening bands are worth seeing too. At Mercury Lounge, it's Toronto's Still Life Still, who also opened for Kurt Vile at the same venue last night, as well as locals The Girls at Dawn. The latter are an all-girl trio who draw influence from both Phil Spector and C-86, and if that sounds like something you're heard before (Brilliant Colors, Liechtenstein, a certain other bunch of Brooklynites), I'll say Girls at Dawn do it pretty well and manage to carve out their own little corner of a crowded market. I like what's on their MySpace and tonight's show is a record release party for their debut 7" on HoZac, and they'll soon have records out on Tic Tac Totally and Captured Tracks, so expect to hear their name (and their music) more often in the coming months.

At the Bell House, Fresh & Onlys are on first, and then it's the wild world of Golden Triangle whose debut album is due out early next year on Hardly Art (whose CMJ showcase they're also playing). Their live performances are usually pretty fun, ranging from the somewhat chaotic to completely out of control, but I'd say it'll be the former given your average Bell House crowd. But then again, this may not be your average Bell House crowd.

All dates and flyers below... 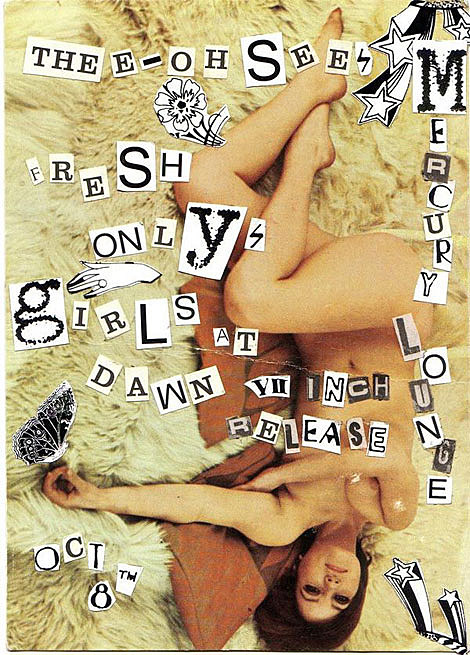