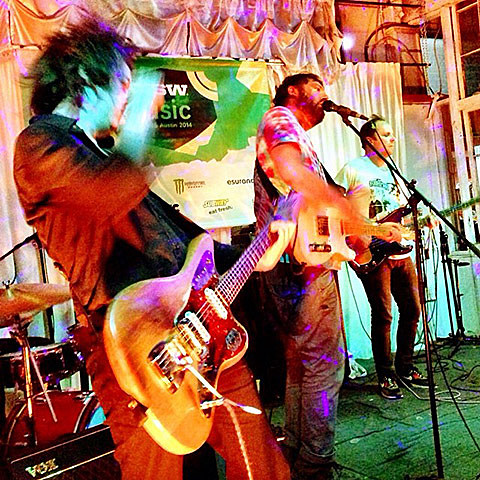 There was a while there where The Fresh & Onlys were competing with Thee Oh Sees, Ty Segall and Bob Pollard for the title of Most Prolific Band in Indie Rock. They have since slowed to a respectable one major release a year, with maybe a 7" too for a tour. (Mind you frontman Tim Cohen puts out a Magic Trick album once a year too.) The band will release their fifth album, House of Spirits on June 10 via Mexican Summer and the first track released from it, "Bells of Paonia," is out now. Fuzzy and ethereal, the track is unlike anything they've done before, sonically, with layers of guitar, organ and harmonies going ocean-deep. Say the band, "Jam this on your stereo or headphones, otherwise you'll be missing nearly half of what's lurking in this swamp. Not recommended for those puny computer speakers." Crank it up below.

When the Fresh & Onlys were in NYC for Mexican Summer Five back in the fall, their normal rhythm section (Shayde Sartin, Kyle Gibson) were not with them but the regular line-up was in fine form at SXSW this past weekend when I caught them at the official Mexican Summer showcase. The band are playing Austin Psych Fest right before their new album drops, hopefully we'll have some East Coast dates soon.

"Bells of Paonia" stream, plus House of Spirits cover art and tracklist, below... 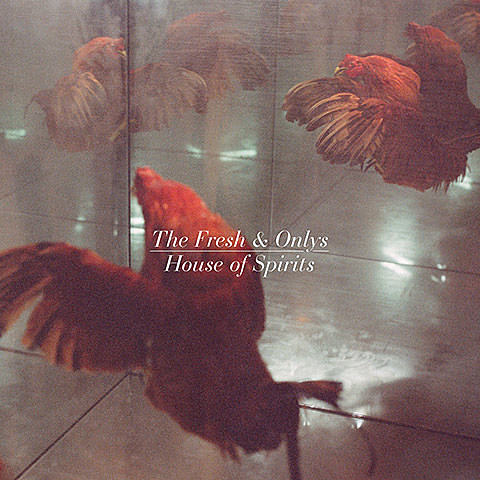 The Fresh & Onlys - House of Spirits tracklist:
Side A
Home is Where?
Who Let the Devil
Bells of Paonia
Animal of One
I'm Awake