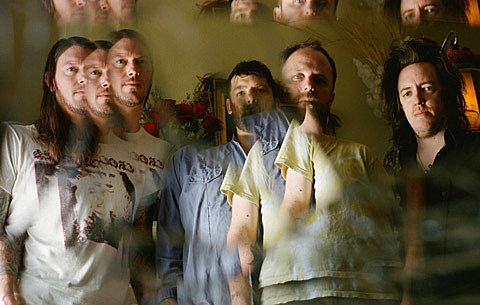 The Fresh & Onlys' fifth album, House of Spirits, will be out June 10 via Mexican Summer. (Pre-order yours.) You may have already heard the fuzz-and-harmonied "Bells of Paonia" but the San Francisco quartet have shared a couple more since. The official first single, "Animal of One," is a terrific example of the F&O's distinctly twisted, twangy take on psych pop. They really don't sound like anybody else. You can stream that, along with the just-shared "Who Let the Devil" below.

Look for The Fresh & Onlys in a rock club near you when the band head out on tour this summer. Those dates include a show in NYC at Glasslands on July 23. Tickets for Glasslands go on sale Friday (5/16) at 10 AM.

All dates are listed, plus song streams, below...

The Fresh & Onlys - "Bells of Paonia"