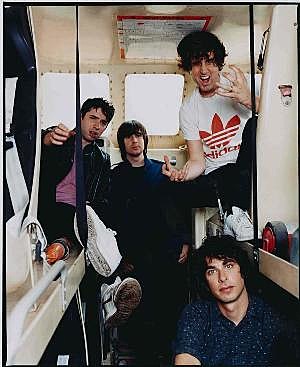 Awesome electro rockers (who I wish would play some concerts soon), the Rapture (more specifically Vito & Druzzi) come out of hiding to deejay First Fridays at the Guggenheim. The party goes from 9pm - 1am. Admission is $25 at the door or free if you're a member of the Guggenheim.

From there if you want to stay more on the electro side of things, Robot Rock has a great line-up at Le Royale this week with Treasure Fingers, AC Slater, and DJ Krames.

AC Slater - Jack Got Jacked - out Sept. 30th on Palms Out Sounds 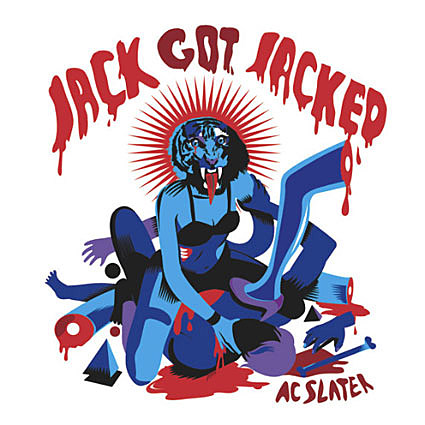 Btw - A.C.'s got a new track, "Jack Got Jacked" coming out on Palms Out Sounds on September 30th. Check it out on his myspace, and also check out Jack Beats' great remix of it (which is also going to be released along with the original on the 30th)here. 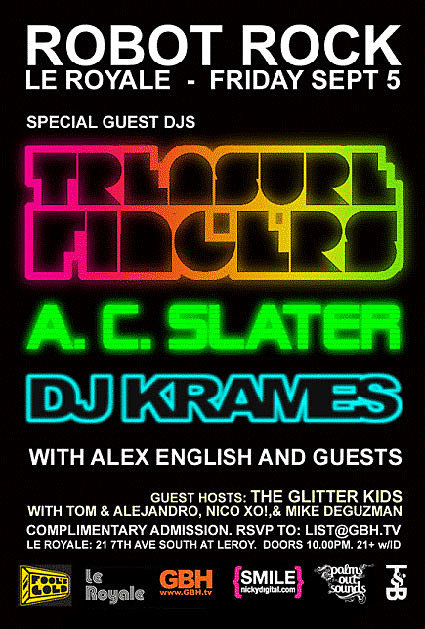 Free with RSVP to list@gbh.tv with your name and number of guests. When you arrive, ask for the GBH guest list.

Strictly electronic club music, no bullsh!t - house, disco, techno, rave and very special guests each week, including our friend KLEVER from ATL (download his "Ski Mask Way" mix at the top of this post) who will be kicking off the inaugural edition! 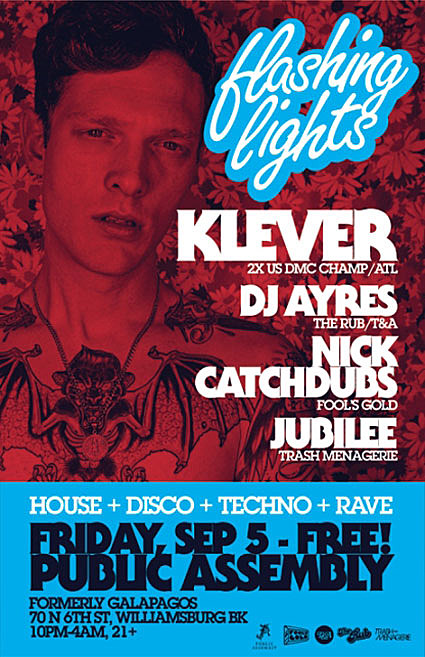 In addition to throwing parties Nick has been busy mixing things up lately. Download the Radio Friendly Unit Shifter mix he did with Mr. Ducker for NY-based streetwear company, Mishka, at the top of this post:

My good friend Mr. Ducker isn't a DJ, but he always wanted to make an ultimate '90s tape, something that brought a mixshow vibe to alt nation sounds. When he asked me to get down with his dream and collaborate, we delved deep into our middle and high school record collections (and used CD bargain bins) and brainstormed new ways to present all the alternative music we grew up on. We were inspired by DJ Spinbad's impossibly fun '80s pop mixes: big hits next to unexpected favorites with lots of movie dialogue and interludes for jokes, all smashed up in a dance party megamixxx. Picking from hundreds of beloved Buzz Bin jams was easier said than done (sorry Superdrag, you'll make Vol. 2!), but with the Mishka crew's annual trip to Magic in Las Vegas giving us an actual deadline, we finally finished this badmotorfinger as a giveaway CD for their new season. Even with double digit-old tunes, Radio Friendly Unit Shifter feels right on time, connecting the dots between Sonic Youth breakbeats, weeded Lollapalooza rap, gloriously fuzzed-out one hit wonders and much more. No irony, no empty nostalgia, just a lot of music we love that shaped what we do today. They used to play King Missile on the radio! In America! Download and enjoy. - Nick Catchdubs 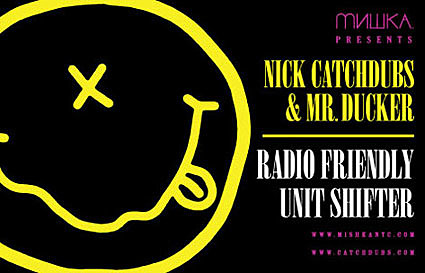 If you're craving some discooo, Theater of the Virgin Ear is happening at Love with the No Ordinary Monkey crew - Carlos Arias, Phil South, and Anton Esteban who will be:

Check out Phil and Anton's set from May 6th on Beats In Space for what that might sound like.

Don't bother stopping...before you know it you'll be back out dancing again (hopefully in the sunshine) Saturday & Sunday - posts are on their way!