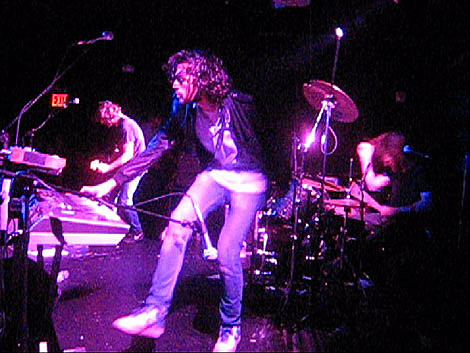 Last week/weekend in dance was one of the best I've had in a long time.

Thursday night at Santos, Cassius' Boombass played a more mellow set compared to the Cassius set from '02 that I remember so fondly. It picked up at times, but around 3:30 when the music took a retro turn with Pump Up the Jam and This is Acid, I headed home.

Friday I found myself last minute at Été d'Amour's party on the Mini Rooftop which wound up being awesome. From there I headed to Robot Rock where I couldn't tell if Linus Loves set was just ok, or if I was just having trouble shifting gears from Trevor's funkier style to Linus' more straight-up electro.

Saturday night I witnessed the best performance yet from Midnight Juggernauts. I think it all boils down to the soundsystem. Though the Bowery Ballroom show was better than seeing them at the cavernous Terminal Five, I thought the Midnight Juggernauts' spacey, guitar-driven, electro-peppered tracks found their perfect balance thanks to Le Poisson Rouge's impeccable soundsystem. I didn't have the best spot either. I watched the the show from a spot off-center, to the immediate right of the stage. All of the more subtle, electronic loveliness, previously obliterated at Terminal Five, and overshadowed slightly less at Bowery Ballroom, fully came through, delighting the audience with the electro-space sound that brilliantly shines through on Dystopia.

Sometimes it's better to quit while you're ahead, but instead of heading home after the great Midnight Juggernauts show, I headed to APT to see Kaos. His set was a nice mix of modern and classic disco I've come to expect from him, but the place was DEAD, especially for a Saturday night. 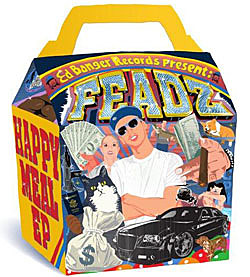 Sunday marked the great end to a nearly flawless weekend in dance. Holy Ghost started things off on the mellow/discoey side at the Yard, followed by a great set by Stretch Armstrong. He played a great mix of literally everything, a lot of which I wasn't familiar with along with some current tracks I love (the Boys Noize Happy Birthday remix of Cut Copy's Lights and Music). Unfortunately it was early, and daylight and nobody (myself included, despite almost doing it multiple times) had the nerve to hit the floor. Once Feadz began his set people gradually started getting up to dance. Going in I had absolutely no idea what to expect from Feadz. I don't like Uffie so I never really took the time to check out Feadz extensively. It became apparent almost immediately that I had been missing out. A set that began with a hip hop track quickly moved from genre to genre, touching on techno, house, b-more, and everything in between without a single misstep. The young Frenchman treated the now packed floor to a nearly 2-hour set that was as bouncey as he was, bopping up & down as he scurried between the decks.

I never made it to Minitek over the weekend, but I heard it didn't all go as planned.

A week like that is going to be hard to top, but before we get into that, we have a contest! We have 5 copies of the deluxe, double-CD edition of the Chemical Brothers' Brotherhood to give away. Details on how to win are at the bottom of this post, under all the Friday night events....

There was a lot to do Thursday. There's a lot happening Friday (9/19) as well.

Canadian electro-pop/rock band Dragonette (who has been remixed by the likes of Midnight Juggernauts and Alan Braxe & Fred Falke) is performing an early live show at Le Royale. They played Mercury Lounge on Thursday. Also, check out the rest of their US tour dates at the end of Bill's post. One of the early electro-ers Headman (his track "Doop" released under his Manhead moniker, popped up on comps I've been listening to for years) deejays later in the evening.

Email list@gbh.tv with your name and number of guests. Be sure to put "Headman" in the subject. Ask for the GBH list at the door.

Some more options for Friday:

Catch some free disco on the LES with Play It Loud featuring Darshan Jesrani of Metro Area, Son of Sound, and Doug Gomez: 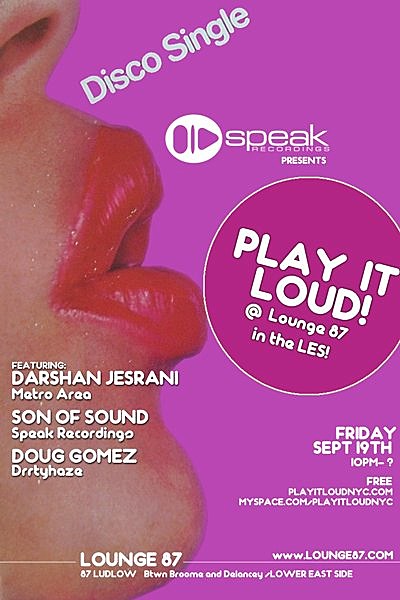 in BK with People Don't Dance No More's Robot Blair and David Bruno: 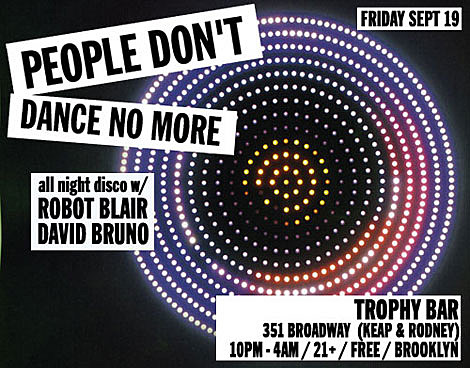 Dave also has a much better understanding of John Digweed and progressive house than I do. Read some of what he said on the matter before you decide if you want to buy tickets to see John Digweed at (scary) Pacha Friday night. 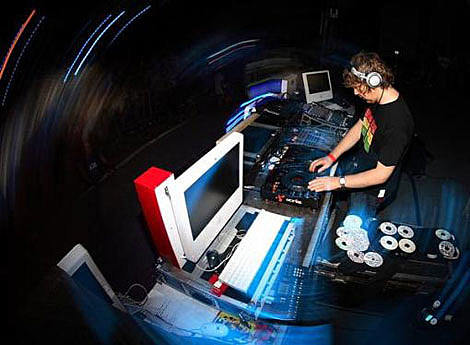 TO WIN THE CHEMICAL BROTHERS email BVCONTESTS@HOTMAIL.COM (subject: Chemical Brothers). Five winners will be chosen at random and contacted. Learn more about the album here and check out the new fan-generated video that resulted from the Chemical Brothers' Midnight Madness competition below. Fans were asked to submit short video clips and photos to Google Earth via the Chemical Brothers website:

celebrating the insanity that goes on at the stroke of midnight and related to the speci?c point of origin

Be sure to check back for the weekend in dance which is on its way, featuring much more dancing to do over the next few days.