Last night was only the beginning of a great week in dance. Check out the wild Friday night (9/26) that's ahead plus the rest of the weekend, leading us into the absolute dance madness that is going to be the month of October. 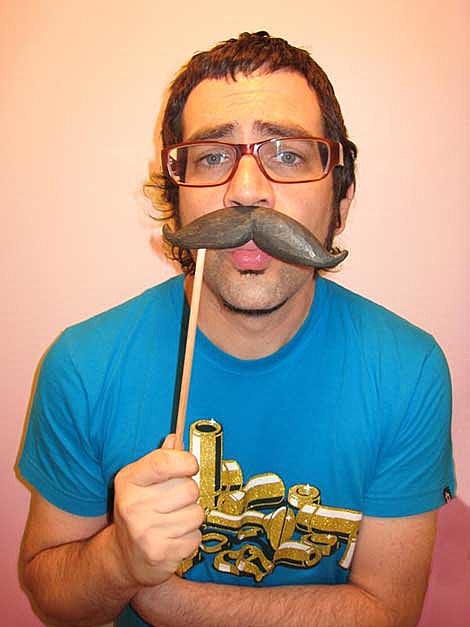 As I mentioned yesterday, you might want to consider catching Ursula 1000 (who deejayed Hiro last night) at APT.

Another event happening Friday night is New York deejay crew, Trouble & Bass' 2 Year Anniversary at Love. They've brought in special guest, DJ Craze to help celebrate. Download his September '08 mix at the top of this post. Info on the party and tracklisting below: 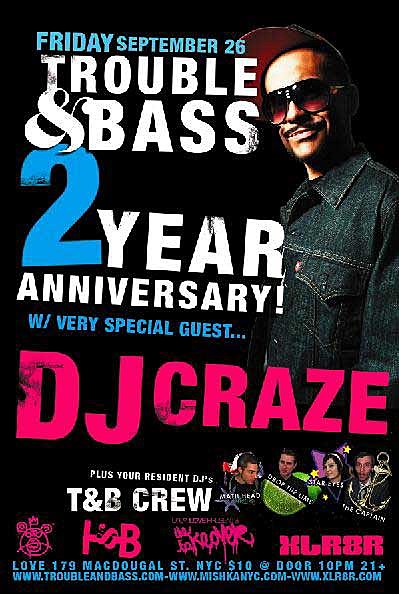 You might notice there's quite a bit of Nadastrom in that mix...if you like what you hear you might want to head over to Public Assembly where the duo (Dave Nada and Matt Nordstrom) will be deejaying Nick Catchdubs',DJ Ayres', and Jubilee's weekly Flashing Lights party. 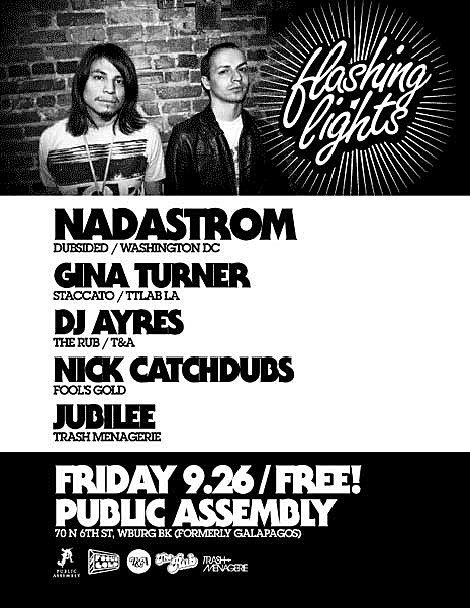 There are some other local crews throwing down in BK - Finger on the Pulse and Palms Out present, No Big Deal:

WHAT IS NO BIG DEAL?

No Big Deal is new art/music/remix collective project, and of course, party. Whoever you are, it doesn't matter, come for the love of music and art. Dance with your eyes closed. Go crazy, who cares. It's no big deal.

Red Foxx, Tijuana, Sgt. Sass, and Finger on the Pulse are all deejaying. 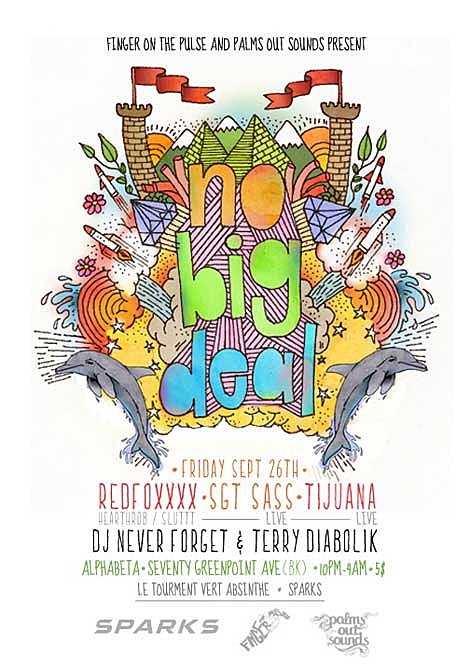 For something a bit more international, Danish producer & dj, Kasper Bjorke is at Ruff Club at the Annex. Fans of Bjorke's will be glad to hear that he is here in New York to do some recording in preparation for his new album, hopefully out next summer, with some remixes for Trentemøller, The Faint, and The Ting Tings being released to tide you over between now and then. Montreal producers, deejays, and party throwers, Nu Ravers on the Block will also be deejaying. Download the Mixtape #2 (you can download the first one from my 4th of July weekend post if you missed it) they did for Off The Hook Upperground Boutique at the top of this post. Party info and tracklisting below.

Another international option for Friday - Belgian deejay duo, the Glimmers are at Cielo. Loved by many...I've only seen the Glimmers deejay once a year or so ago, during one of the more hellishly crowded Saturday Warm Up parties at PS1 - not ideal conditions for forming a solid opinion on music. They've down an impressive number of remixes for a variety of artists (check out the list on their myspace). The fact that this duo is known for spinning very eclectic dj sets makes perfect sense once you learn of their integral role in Belgium's renowned Poplife party:

The Poplife party started off in 1998 as a reaction to the sterile house and techno beats at parties during those days. It became a chaotic mix of presumably un-mixable styles; rock, pop, disco, new wave, electro... The sound was completely refreshing and the crowd immediately loved it. The DJ's back then were Mo & Benoeli (later The Glimmers) and Stephen De Waele (later 2 ManyDJ's). Saying that the mash-up phenomenon started off at Poplife is maybe overstated, on the other hand the English style bible 'The Face' describedPoplife "a hysteric superjam of unreconcilable styles mashed-up into a relentless groove". 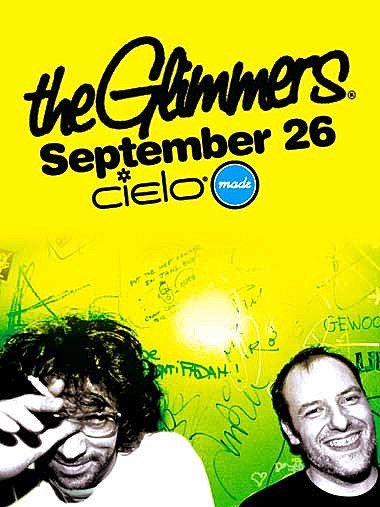 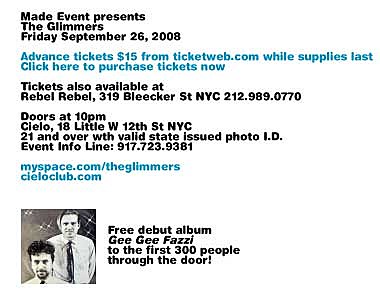 One last option for Friday - if you're too tired to hit the floor again, the documentary, "Wild Combination:A Portrait of Arthur Russell", opens at the IFC: