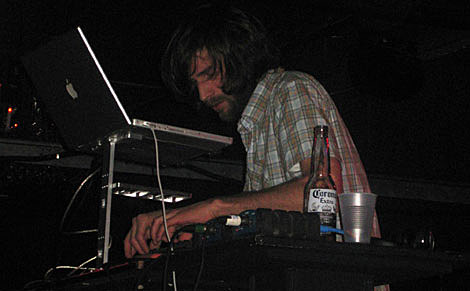 Even though I obviously wrote last week in dance and knew there was so much going on, I was a bit surprised by how much I wound up doing. I started off by hitting Studio B Thursday night for the Fixed party with Lindstrom. The B was full in its own right, but especially for a Thursday. The crowd was happily getting down to a set by JDH & Dave P until around 1 when Lindstrom took the stage. At that point everyone re-focused their attention toward him and proceeded to freak out. Once the crowd quieted after enthusiastically greeting Lindstrom, the Norwegian's spacey, disco grooves took over. While the intensity and pace that built with each track was mirrored in the crowd's frenzied dancing I was still finding the music a bit too mellow to be freaking out to. I really enjoyed it and thought it sounded excellent (especially "I Feel Space") - it just didn't make me have a disco freak-out. C'est la vie. 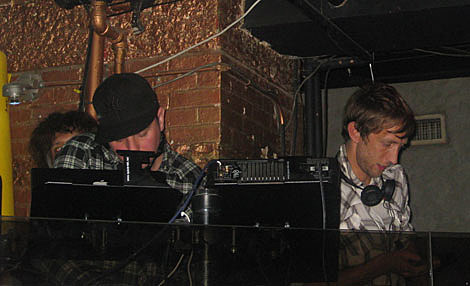 The following night I went to Sullivan Room to see Evil Nine. I had never been there before and was instantly put in a good mood while waiting in line for coat check when I heard a jungle-y version of the Chemical Brothers' "Block Rockin' Beats". The good vibes continued when I entered the cozy, main room full of people dancing to a set (which I later found was from Sullivan Room residents 2 Damn Cheeky) that wound up being a great, varied mix of both genres and new vs.classic tracks.

After a half an hour or so Evil Nine began their set. It started off strongly and had a few high points that really had everyone moving. However, when those weren't happening I found myself a little bored. As much as I love some of the tracks I recognized like Soulwax's remix of Kids by MGMT, Fake Blood's remix of "Ring Road" by Underworld, and ZZT's "Lower State of Consciousness", I was really hoping their set would include a bit more new stuff to get into. Other than that it was a decent set and I left the venue feeling good about the night...which I thought was over.

I walked over to Love to meet some friends who were about to leave, but when I arrived I "had to hear this guy!". "This guy" was Stacey Pullen, who I slept on, mainly because I didn't get a chance to check out much of his music in depth before his set on Friday. I don't think I can accurately convey how angry I was with myself for not going. By that time of night (around 3:30) many deejays' sets would have been winding down, but Stacey's had no end in sight. According to those there earlier, Stacey's set had a briefly mellow beginning before things quickly shifted toward a set of deep, highly danceable house and techno that you could tell he would have continued playing for hours, had the lights not come up sometime between 4 and 5.

Thankfully Friday night is where the regret ended. The following evening I successfully re-routed some friends visiting from Montreal to Play Hard Social Club which wound up being more of a BS-ing crowd with sporadic random dance outbursts than a full fledged dance party, but it was fun nonetheless! The warehouse space was nice, the music good & loud (predominantly a mix of electro & disco), and the cocktails strong...before I knew it I was here, facing another intense and eclectic mix of electronic/dance parties and events happening this weekend. Here are some ways to get things started off on Friday....

While we're on disco-related get-downs, No Ordinary Monkey is celebrating its 5 Year Anniversary at 88 Palace. The restaurant is such a fun, interesting place for a party, you will end the night thinking that dance and dim sum belong together. 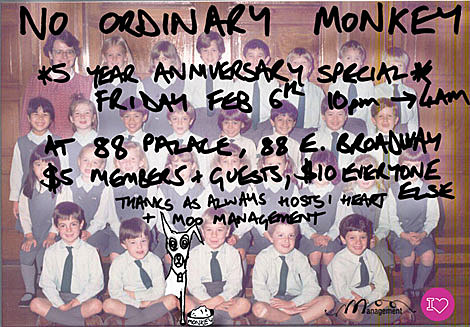 If you're more in the mood for something on the soulful/house side of things, Feel the Spirit with Jellybean Benitez at Sullivan Room: 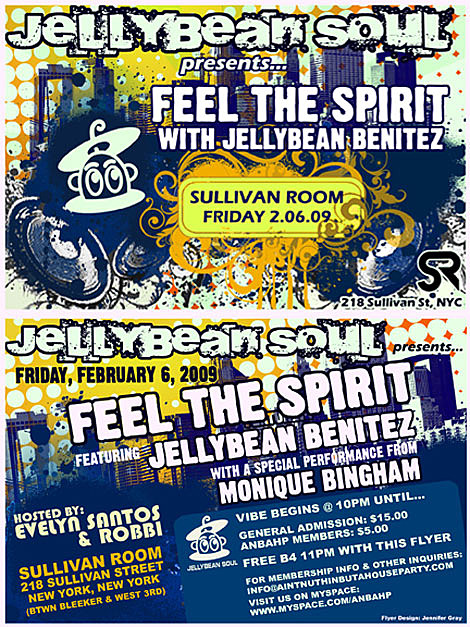 A couple of events I'm really looking forward to are Fixed with Little Boots at Studio B and Danger and One Man Party at Webster Hall.

I was able to see Little Boots a couple of times during CMJ, and her poppy yet crunchy electro tracks translate extremely well live. If you've been reading the Week In Dance for a while, you know I love Soulwax. One Man Party is Steve Slingeneyer, the drummer from Soulwax. His dj sets definitely are NOT like the crappy ones you might imagine when you hear someone from a band is deejaying for a night. Check out a review and partial setlist from when he played Webster in January for a better idea of what to expect and download one of his remixes at the top of this post. As far as Danger goes...I have listened to two friends, with each of whom I share similar musical taste, go on and on about how amazing Danger is, but I haven't been able to get into his stuff. I am really hoping Danger proves them right. Info on both parties below: 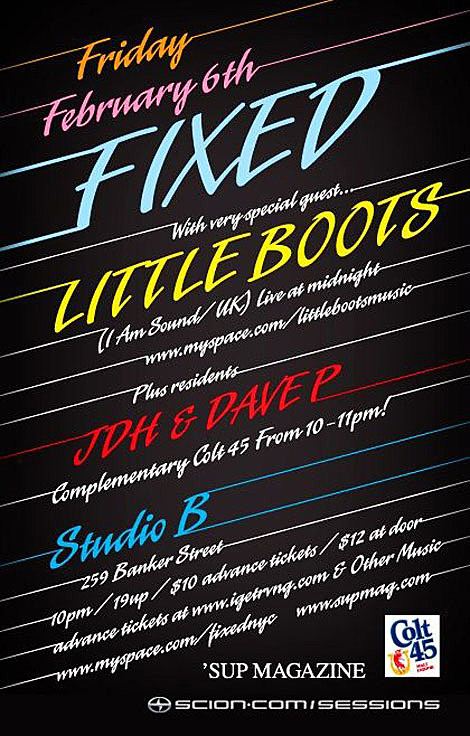 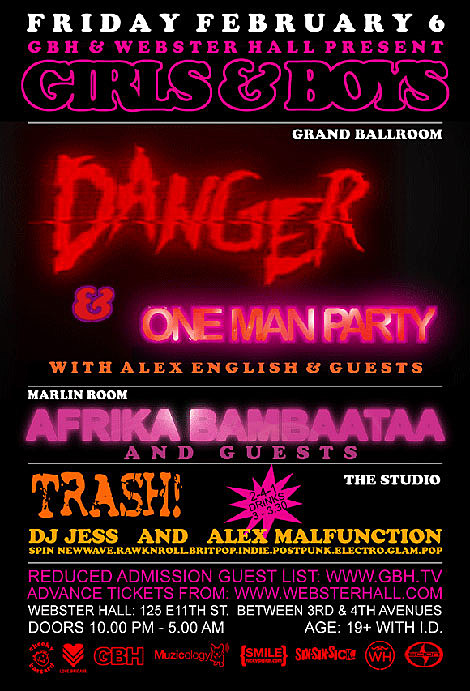 The Bunker is back at Public Assembly. 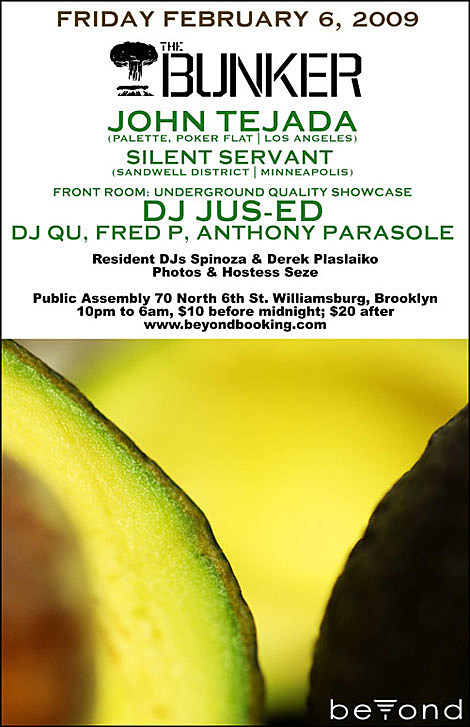 Info on the complete line-up here, plus check out Machine Love: John Tejada. Machine Love is

...a new series on RA where we unapologetically geek out with a producer about their set-up, live and in the studio. Nerdy and gear-intensive, these interviews may not be for the average punter, but with them we hope to give aspiring producers a peek into the working methods of some of the world's finest.